Kolkata: A joint exercise by the Coast Guards of India and Bangladesh to increase synergy and coordination between the two forces commenced on Tuesday at the regional headquarter (North-East) of Coast Guard in Kolkata. 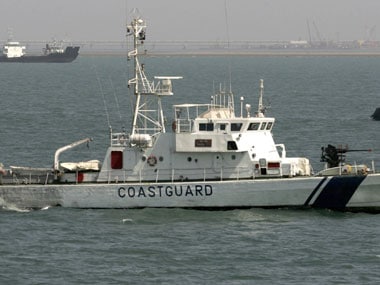 "The Bay of Bengal is a hot spot of maritime trade and ships of both countries are at risk. A strong search and rescue setup is the need of the hour," Coast Guard regional commander (NE) IG Kuldip Singh Sheoran said after inaugurating the exercise.

The two-day exercise, which is being conducted through simulation at the regional headquarter, is being participated by senior officers of Coast Guards of both the countries, an ICG spokesman said.

"The iconic India-Bangla search and rescue operation in August 2016 where more than 300 lives were saved showcases the synergy and coordination of both the forces," said Commander Radwan.

"The exercise will take the participants through a dummy mass rescue operation in the bay," Mitra said, adding search and rescue at sea is a complex mechanism involving many stake holders and foreign nations.

The exercise will involve rescue, medical aid, media management, immigration and other challenges and processes.

The Indian Coast Guard and its Bangladesh counterpart have established standard operating procedures with regard to these issues in April 2017, Mitra said.