New Delhi: Illegal immigrants cannot be allowed to hold protests against the Citizenship Amendment Act, a law which has nothing to do with bonafide citizens of the country, Delhi BJP chief Manoj Tiwari said on Tuesday.

Tiwari urged the protesters holding demonstrations against the CAA at Shaheen Bagh area to end their road blockade saying they do not need to fear anything. 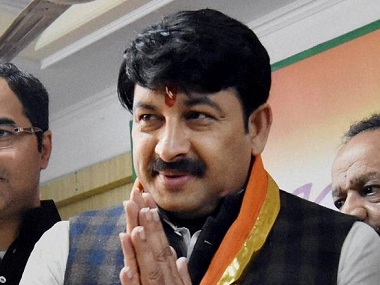 Tiwari has been at the forefront demanding the National Register of Citizens (NRC) exercise in Delhi, alleging that illegal immigrants are involved in majority of crimes like snatchings and loot in the National Capital.

The protestors in Shaheen Bagh near Jamia Millia Islamia University, including women, have been camping in the area for nearly a month. As a result, the crucial Kalindi Kunj road linking south-east Delhi areas to Noida remains blocked.

The roadblock is posing hardships to motorists commuting between Delhi and Noida as there are heavy traffic jams at alternate roads including the DND flyover.

Delhi Traffic Police has been flashing alerts daily on its official twitter handle warning commuters about the closure of Road no 13A between Mathura Road and Kalindi Khunj for traffic movement, suggesting motorists to take the DND or Akshardham road to commute between Delhi and Noida.

Tiwari said the BJP and its government at the Centre have been consistently saying that CAA has nothing to do with any citizen of India, even if they are Muslims.

The minorities from Pakistan, Bangladesh and Afghanistan have been given citizenship and illegal immigrants will have to leave the country, he said.

"We cannot allow it if the illegal immigrants are holding protests," Tiwari stated.

The BJP leaders have been visiting people in different parts of the city explaining to them that CAA was not meant for taking away their citizenship, but was aimed at helping persecuted religious minorities in Pakistan, Bangladesh and Afghanistan.

Those spreading "rumours" about CAA are not well wishers of the country. Their objective will not be allowed to succeed, Javadekar stated.