An IAF Hawk Trainer crashed during take off, in Kalaikunda, West Bengal on Thursday. Both pilots were ejected safely, reported CNN News18.

The IAF has ordered a probe into the crash, reports Times Of India.

The jet that took off around 11 am from Kalaikunda air base developed a snag after take off, resulting in the crash, reported The Hindu. 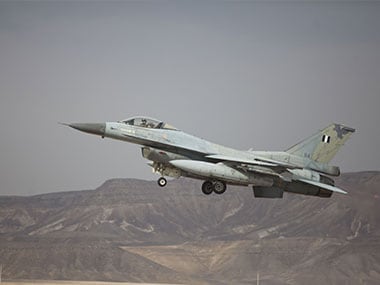 This incident comes shortly after the IAF Antonov aircraft AN-32, carrying 29 people from Chennai to Port Blair went missing on 22 July, shortly after take-off.

The search for the aircraft still continues as it entered its 11th day on Monday.  The 29 people on board the AN-32 workhorse included six crew members, two of them pilots and one navigator.Besides them, there were 11 personnel from the IAF including a lady officer, two from the Army, one from the Coast Guard and nine from the navy which included some from its armament depot.

The search is being carried out based on an estimate taking into account the last contact point of the aircraft before it disappeared. "We are using sonars of submarine, ships and other naval assets to locate the aircraft. There is no signal available to track the missing aircraft," a defence source said, adding that the search will continue.