Rajpath signages around India Gate hexagon erased after its rechristening to 'Kartavya Path'.

For an ostensibly democratic country, the most populous in the world, India practices a great deal of privileged behaviour amongst its political classes. For a country with millions below the poverty line still, politicians from panchayats, municipalities, government cooperatives, local government upwards, enjoy elaborate pay, allowances and perquisites. This is on a scale not seen in most developed and rich countries with a fraction of our population and much higher per capita income.

India also has very high indirect taxation on practically all products and services and the direct tax base is very narrow and small because of vast numbers exempted irrespective of their financial status.

Not only do elected politicians in the state Assemblies and in the national Parliament accord themselves pay rises and additions to their perquisites without any reference or accountability to the voting public, but they have a bewildering array of other benefits.

Politicians elected to Parliament in India, and still in the saddle, enjoy ‘parliamentary privilege’, which stops just short of putting them above the law as applied to ordinary citizens. It is akin to diplomatic privilege enjoyed by foreign diplomats that are accredited to this country, only grander. Diplomats can’t be prosecuted. Parliamentarians can be, but only after parliamentary permission is granted!

A prerequisite of ‘recognised’ political parties is that they have been, till now, either been rented government-owned premises, at vastly concessional rents, or allocated prime land, particularly in the national capital, at economical ‘institutional category’ rates.

This, to build premises to suit, and run their offices. The Central government’s Land and Development Office (L&DO) however is owed over Rs 150 crore in unpaid bills by 14 political parties, including the BJP. This is for ‘institutional’ land allocated to them between 2000 and 2017.

‘Institutional’ category land is a lot cheaper than ‘Commercial’ or ‘Residential’ category, with their accompanying floor area ratio (FAR) building permissions, for example. This, more so, in a developed central area in the capital, circa 2022, when land is scarce.

Originally done in ad hoc fashion, political parties began to be allocated government-owned land, based on their strength in Parliament at the time of the allocation. In 2006, the then UPA government framed the allotment rules. A party with 101 to 200 members in a combined total of the Lok Sabha and the Rajya Sabha, was entitled to 2 acres. If a party had more than 200 members, it was entitled to 4 acres. The BJP is the only party that qualified for 4 acres since the law was enacted, but only after 2014.

Institutional land was meant to be allocated to charitable institutions, socio-cultural organisations, and, till the Union Cabinet took a decision on 7 September 2022, recognised political parties.

The latest position however is that political parties will be adjudged to have received the land allotted retrospectively via a ‘Government-to-Government’ category, which is some ten times cheaper than the institutional category. This even as the rates for institutional land, meant to be revised every two years, have not been increased since even before 2000.

But, because of the new classification, most of the outstanding Rs 150 crore is no longer payable, and certain political parties will get a proportion of their money paid back from the government.

The BJP, which owed approximately Rs 91 crore, is the chief beneficiary. It is also benefited by a special dispensation to allow it to build more, with a FAR of 100, on its three land parcels allotted on Deen Dayal Upadhyay Marg. Its land dues have dropped to a mere Rs 17.78 crore. The Cabinet decision on this reclassification, reported in the media, has not as yet been made public by the government.

Similarly, land use and floor area ratios have been amended multiple times lately to execute the building of the new Parliament and houses for the prime minister and vice president, the Central Vista and Kartavya Path areas, demolition, consolidation, and rebuilding of ministries, the underground facilities and so on. The concept of public weal animates all these decisions, but sometimes it is not quite so well motivated and intentioned.

This near magical ability to affect land prices, particularly urban land prices in the metro cities and their satellites, by changing categories, determining lot sizes, floor area ratios, urban growth boundaries and zones, is not unique to India.

It is rife in the other great democracy, the United States of America too. There too, it is the province of the Central and state governments all over the country. President Donald Trump and his father owe their early successes in the real estate business to savvy collaboration with the authorities. There too, land prices go up in the areas adjacent to big cities if an airport is announced or a highway is planned to pass nearby. Those with their ear to the ground, or with the people in the know grow rich in this way.

In countries that are more authoritarian, the public and what they think is not a worry, but there too, those close to the centres of power, benefit massively from inside information, contracts, supplies, etc.

Builders in India are never very far from the politicians who have the discretionary power to change land use. In the states, it is the exclusive province of the chief minister who can sign off on it. At the Centre it is the Union Cabinet but the prime minister has the big say.

The Justice SN Dhingra Commission, in 2015, concluded that Robert Vadra, son-in-law of Sonia Gandhi, and brother-in-law of Rahul Gandhi, made profits of Rs 50.5 crores from a land deal in Haryana in 2008. The much-reported infamous case, had Robert Vadra buying some three acres of agricultural land for approximately Rs 7 crore from Onkareshwar Properties in the vicinity of Gurugram, Haryana. This, allegedly with money lent to him by leading builders DLF. He then allegedly influenced the Haryana Congress government led by Bhupinder Singh Hooda to change the land use to residential, resulting in its value rocketing up to nearly Rs 60 crore. DLF was glad to buy it (back) after the licence changing the land use was granted to Vadra’s company Skylight. They wanted to build a residential colony on it. The court cases related to this transaction are still ongoing, with Vadra and then Haryana chief minister Hooda stoutly denying any wrongdoing whatsoever.

Other such narratives on instant riches created by the change of land use are legions in India, both with regard to Vadra, and a host of others.

Political parties, seen as a public good in democratic and republican India, by law, and the rules governing the Central Board of Direct Taxes (CBDT), are not required to pay income tax on their received donations either. These can be small or large, in cash or by cheque/digital transfer, domestic or foreign in origin, or even anonymous.

By the same token, they are expected to stick to using the funds for political activity for the benefit of the people at large. They are not allowed to go in for commercial activity of any kind. But sometimes politicians, long immune from so many things that apply to ordinary citizens, forget, or choose to ignore, the law.

This is what has famously embroiled the mother-son duo of Sonia Gandhi and Rahul Gandhi and a number of other Congress Party factotums, since dead, and still alive. 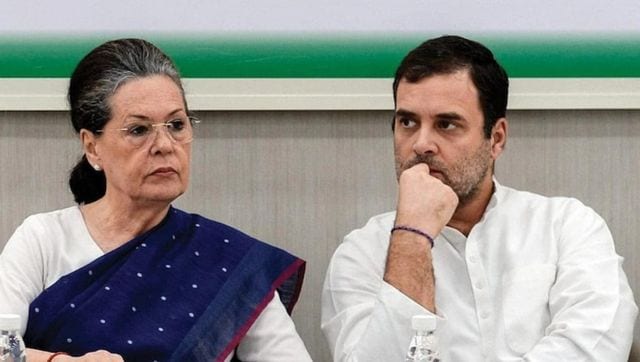 The Gandhi duo, squirming on this legal leash, despite massive legal manoeuvres and organised protests by their party, were both arrested and are out on bail since 2015.

They have been recently questioned for hours and days by the Enforcement Directorate (ED) in the National Herald-Young India cases. They are alleged to have indulged in several wrongdoings, including money laundering, which attracts a criminal charge.

The duo, as the major shareholders in Young India, the operators of several prime properties allocated for a pittance to the near defunct Independence era newspaper National Herald, started by Jawaharlal Nehru, are also slapped with income tax demands that are in somewhat under Rs 2,00 crore. This, for illegally renting out National Herald properties and concealing the commercial gain from the income tax authorities. However, all this would probably have not come to light if the Congress party had not been routed in the general elections of 2014 and ever since.

Why can’t political parties operate land use changes according to an established and agreed law governing it? When it comes to environmental considerations or coastal regulations they have done and will do to a large extent. But expecting a major money spinner like this, that can fill party coffers, and others with the spill-over, to be given up, is probably naïve. And no more democratic in the way it is used, than it is in authoritarian countries. Reforming it just goes against the nature of power being wielded.

The writer is a Delhi-based political commentator. Views expressed are personal.