The Kerala High Court on Thursday upheld the state government's ban on bars serving liquor in the state and has said that only bars in four and five star hotels would still be permitted to function, effectively sealing the fate of 670 bars in the state for now.

The bar owners will now approach the Supreme Court challenging the ban. 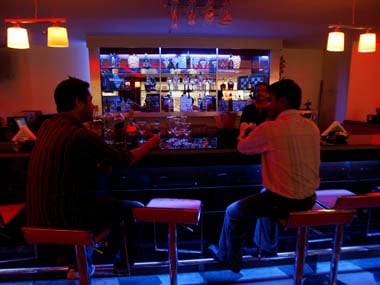 Bar owners in Kerala had earlier approached the court challenging the government's decision to close over 700 bar hotels in the state, maintaining it was discriminatory.

The bar owners, in August, had stated that there could not be discrimination between five-star and other bars.

They had informed the high court in September that the state government's decision to close all bars was taken in 'haste' and would be counter productive as it would lose substantial revenue, besides impacting tourism.

In their affidavit filed in the court, the bar owners had said a substantial revenue of the government was augmented from the taxes, duties, and rentals collected from their businesses.

At a time when the state was running on overdraft, the state government had not examined the impact of prohibiting vending of liquor in hotels other than those classified as five star hotels, they said.

The Kerala government had informed the High Court that it was its 'avowed' policy to reduce liquor consumption in the state stage by stage and to achieve the goal of total prohibition within 10 years.

The government had been directed by the apex court to file the affidavit on a batch of appeals filed by 300-odd bar owners challenging the decision to close down all bars, except those in the five star category.

The government had earlier declined to renew the licenses of 418 bars that were deemed sub-standard.