The assertion came after close to 600 lawmakers in the 751-member parliament moved six resolutions against the Citizenship Amendment Act (CAA), saying the enactment of the law marked a dangerous shift in India's citizenship regime. 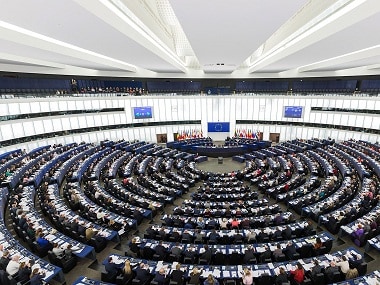 For France, the CAA is India's internal political matter and it has been stated on several occasions, the sources said. They said the European Parliament is an institution independent of member states and the European Commission.

The new law, passed by Parliament last month, offers citizenship to non-Muslim persecuted religious minorities from Pakistan, Bangladesh and Afghanistan. India has been witnessing massive protests against the new law with opposition parties, civil rights groups and activists saying that granting citizenship based on religion is against the foundational principles of the Constitution.

There has been no reaction from the Ministry of External Affairs on the resolutions against the CAA in European Parliament. Official sources, however, maintained that the CAA was an entirely internal matter of India and that the legislation was adopted through democratic means after a debate in both houses of Parliament.

"Every society that fashions a pathway to naturalisation contemplates both a context and criteria. This is not discrimination," a government source said, explaining why India is opposed to the resolutions at the EU parliament.