Jawan, militant killed in two separate encounters in Kulgam and Pulwama areas of Jammu and Kashmir; firing still on

Two encounters are underway in Kulgam and Pulwama areas of Jammu and Kashmir, say media reports.

These encounters are taking place after security forces conducted cordon and search operations in the state, reports CNN-News18. In Kulgam, four militants are holed up and there is a heavy exchange of fire taking place. 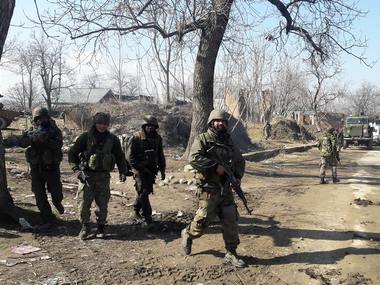 NDTV reports that a jawan and a terrorist have been killed in the encounters.

According to IANS, as soon as the security forces cordoned off Nowbug village in Qazigund area following information about the presence of the militants, they were fired at, triggering the fighting.

"The gunfight in ongoing," the police told the news agency.

According to CNN-New18, a similar encounter is in progress in Tral too, where two-three militants have reportedly been cordoned off and fire is being exchanged between the militants and the security forces.

This is the third encounter taking place in the state in the last 12 hours. On Monday, an encounter in Handwara had left two militants dead.