Athirappilly: Congress leader Jairam Ramesh on Saturday asked the NDA government not to grant green clearances to Kerala's fresh proposal to set up a hydro power project at Athirappilly, an ecologically sensitive area. 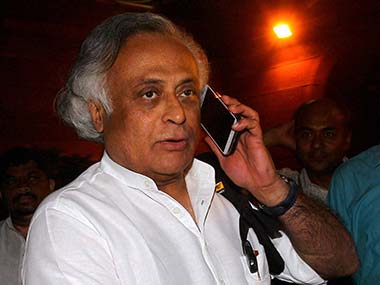 "It will be an ecological disaster. It has been studied extensively and the former prinicpal chief conservator of forests had strongly recommended against the project," said Ramesh, who blocked the project when Kerala government tried to push it, during his stint as Environment Minister in the UPA government.

Visiting Athirappilly in Kerala amid the state government's move to go ahead with the project, Ramesh asked Environment Minister Prakash Javadekar to visit the site before taking a decision on the issue.

"Under no circumstances, this should get cleared. Central Minister should instead of clearing files, visit some of these places," Ramesh told PTI.

He, however, took a dig at Javadekar, saying the Environment Ministry has "now become Ministry of file clearances".

He also asked the Congress-led UDF government not to go ahead with the project.

"Here in Athirappally, Kerala will lose high density projects and for what? only 140 MW. It can get that power from Kudankulam nuclear power plant," the Rajya Sabha MP said.

He said the impact of constructing a dam for the power projects across the waterfall would be virtually like Silent Valley.

Ramesh pointed out that the Kerala government has got green bonus for its rich forests.

"In the fourteenth finance commission award, which has been implemented by the Narendra Modi government, 42 percent of the all taxes will be shared with the state government. That has been announced in the budget. Now, in the formula for distributing the money across states, 7.5 percent weightage is given to the forest cover - for high density and medium density forests," he said.

The Congress leader also asked the the Centre to give green bonus to states that protect fragile areas.