Don't care about financial loss to state due to ban on liquor bars: Kerala CM

Chennai: Continuing to defend the decision to close down bars in Kerala, Chief Minister Oommen Chandy on Tuesday said he did not care about the financial loss but worried about the social impact of liquor consumption. 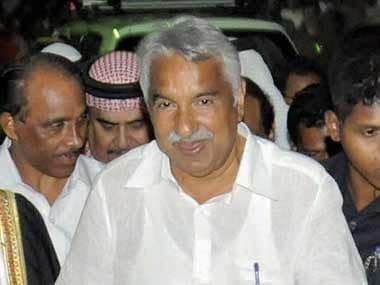 Kerala CM Oomen Chandy said he was more concerned about the social impact of the ban on liquor bars than financial loss. PTI

Speaking to reporters at the airport in Chennai, Chandy said his government was not bothered about the "considerable loss" of revenue from sales of spirits, but said the social loss was "10 times more than that."

"We will have a considerable loss in revenue but we don't care. The revenue (from liquor sales is) Rs 7,000-9,000 crore but the loss is 10 times more; social loss, damage to families... So, we do not care about the financial loss faced by closing down bars," he said.

Kerala government had recently started moving towards prohibition, deciding to close all bars in the state except those functioning in five star hotels. The Supreme Court had ordered status quo till 30 September.