Delhi rape: 'You have to be careful as soon as a child is born'

New Delhi: The brutal rape of a 5-year-old girl by her neighbour in East Delhi and the perversity involved in the act has parents of girl children seething with anger. There’s an overpowering sense of hopelessness too. What do you do when tender age is no protection against sexual assault? What happens when the bond of trust between a child and an adult becomes so easily violable? Right now, there are no clear answers. Let’s try to find them from responses of people to the shocker from Delhi.

“Death is not enough for such people. They should not just be hanged in public, they should be left to be eaten by vultures while still alive and after death. All those watching will know what the consequences of committing such an act will be,” Manju Suresh Mamna, 30, a resident of RK Puram and a domestic help, told Firstpost. She is the mother of a five-year-old girl.

Ashraf Engineer, content head at MSL India and father of a 10-year-old daughter, said that as parents it's a difficult balancing game protecting their child and making sure that they grow up to be independent and strong women. “For us the most horrific reaction came the last time – during the December gangrape – and when we heard of this rape, that old familiar feeling of fright came right back. We just feel very scared for the safety of our daughter,” Engineer told Firstpost.
Mumbai resident Engineer's daughter goes to school by the school bus, like numerous other children in the city, but, he said that as a parent there is still some fear for one's child when you read about such incidents. 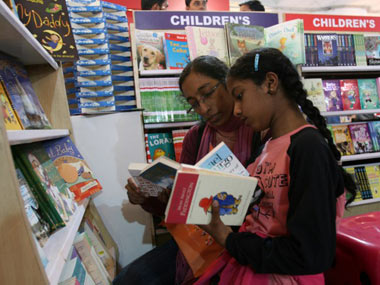 What do you do when tender age is no protection against sexual assault? AFP

“It's very very very scary to know that such things can happen,” said Tasneem Thingna, a 40-year-old professional and mother of a 7-year-old daughter. “You cringe at the thought that someone can actually do that to a child. It's a feeling of deep disgust towards people that commit such crimes and sadness that nothing is safe anymore. It's no more as if only a teenager is at risk or a person at a certain age is in danger of such an act. Now-a-days as soon as a child is born you have to be careful. This insecurity for me as a parent is a great worry,” she said.

Shilpa Gianani, a Pune resident and single mum, drives her daughter to her daycare-cum-school which is 25 minutes away from her home, each day. Her four and a half year old daughter spends close to 10-11 hours there. Gianani said “it's sickening to know that people can be so perverse and inhumane”. “Even the death penalty is not enough punishment for what they have done to the child and the trauma she will face. I think such culprits should be made to stand in front of the whole society and be flogged or stoned and then left to die in pain,” Gianani said.

Engineer is for the death penalty for rapists. But, he is also for societal change.

“There must be a death penalty for child rapists. More importantly, we need societal change, a change in our mindset. Bias against girls and women is an inherent problem in Indian society. Women are considered lower than men. No matter how incompetent the man is, he is considered superior. And I don't know if any law can change this attribute,” he said.

Engineer, however, advocates education, more rights and legal justice for women as he believes that only when these are stronger “will we will find such crimes against women decrease”.

“Sure, our police and our system need to be stricter in the way we deal with these crimes. But, as a society we have to also be far more proactive. It's easy to put blame on the authorities. What do we do as a society to prevent such incidents?” Thingna asks, adding, “How many policemen per person can we have for a country our size? How can we expect them to have their eyes on each one of us?”

The topic of rape and their child being violated is a complex one for parents – one that each parent deals with as best as they can. But, no amount of education a parent gives their child is a guarantee that their child will not be violated.

Journalist and co-author of the book Why Loiter?: Women And Risk On Mumbai Streets, Sameera Khan, tells Firstpost why there's it's never enough when educating children about dangers they may encounter and violations they may experience in their lives.

"But its easier to talk about anxiety caused by strange men and women but what about the uncle who is your dad's friend or the friendly neighbour you meet in the elevator, how do we warn our children and be aware ourselves of dangers posed by people who are our neighbours, friends, colleagues? My biggest dilemma is this: before my daughters can know or learn of the pleasures of initimacy, they will have to learn of violence and danger and rape. As a person, as a woman and as the mother of two young girls: I am outraged and so deeply saddened by this," Khan said.

"We try to maintain that balance where she can grow up to be confident and independent. But, we do make small practical considerations like going to pick up my daughter from where her bus drops her off. There are many people who can bring her along and drop her home, but my wife makes it a point to go herself – because such incidents play somewhere at the back of our minds as parents," Engineer said.