Delhi gangrape verdict: Who was Ram Singh, the accused who killed himself?

The sudden death of prime accused in the horrific 16 December Delhi gangrape Ram Singh, who committed suicide inside Tihar jail, is likely to affect the outcome of the trial say lawyers and experts. Here is a quick look at who he is and what his role in the rape was.

Ram Singh, the driver of the bus in which the horrific gangrape was carried out, was the main accused in the case.  Singh, instead of parking the white chartered bus with its owner, had kept the vehicle with him on the night of the incident, reportedly met the other accused for dinner and then took the bus to drive around Delhi. 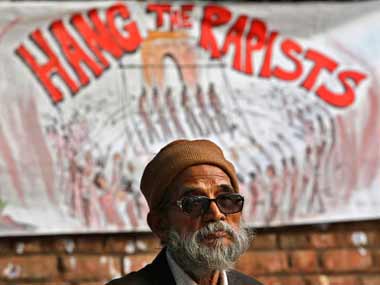 The group picked up the 23-year-old woman and her male friend as they were attempting to travel home after watching a film together.  The bus was driven through the bustling south Delhi areas of Munirka, Vasant Vihar and Mahipalpur as the six men raped and tortured the girl and beat her friend, using iron rods and other weapons.

According to the police report, the attack lasted at least 45 minutes.

There were six attackers, one of whom claims to be a juvenile and is being tried separately. Each of the men raped the 23-year-old woman, with at least two taking turns driving the bus. They penetrated her with two metal rods, causing such severe internal injuries that doctors later found parts of her intestines floating freely inside her abdomen.

The couple was stripped, robbed and thrown off the bus near Mahipalpur.

After fighting for her life for almost a fortnight, the 23-year-old woman breathed her last in Singapore on 29 December.

What he reportedly told the police

Singh reportedly had told the police that he had brutally assaulted the 23-year-old woman because she had resisted his attempt to rape her and bitten him.

According to police sources, Singh was drunk and he lost his cool when the girl bit him. After he was bitten he and his friends started beating the girl and her male friend with iron rods.

He had also snatched three mobile phones belonging to the girl and her friend so that they could not dial anyone for help after being thrown from the bus.

Singh had reportedly told the police that he had tried to destroy the evidence by washing the bus and also asked his accomplices not to talk about the incident. He parked the bus at RK Puram and later took it to its owner in Noida.

It was reportedly based on Ram Singh’s confession that the police were able to arrest the others involved in the case, including his brother.

Ram Singh, with the four others, were charged with murder, gangrape, attempt to murder, kidnapping, unnatural offences, dacoity, hurting in committing robbery, destruction of evidence, criminal conspiracy and common intention under the Indian Penal Code.

Singh and the others in Tihar Jail had reportedly been assaulted by other inmates when they were taken in and had also been put on 'suicide watch'.

Singh was a bus driver, despite an accident in 2009 that fractured his right arm so badly that doctors had to insert a rod to support it. He appeared on a reality television show in a compensation dispute with a bus owner, who in turn accused Singh of “drunken, negligent and rash driving”.

Singh’s neighbours describe him as a heavy drinker with a bad temper. One young woman said he used to get embroiled in violent rows and a relative recalled a physical altercation with her husband.

A Mail Today report  documents Singh as being a 'muscleman' in the Ravi Dass camp area of RK Puram in Delhi, a pocket of shanties in an otherwise upper middle class neighbourhood. Known for his drunken brawls in the neighbourhood, he had even reportedly eloped with a married woman, only to return after she passed away.

However, his parents had tried to justify their son's involvement in the heinous crime.

“They (Ram Singh and Mukesh) were not like this. In 20 years, they have never committed a crime. They must have been in bad company. As regards alcohol, that’s common among drivers," Mangi Lal, the father of two of the accused, was quoted as saying in this Firstpost report.

Ram Singh had pleaded not guilty to the charges against him.

Ram Singh died inside Tihar jail on 10 March. Prison authorities say he committed suicide using the clothes he was wearing to hang himself. The DG Prisons confirmed to CNN-IBN that Ram Singh committed suicide. However a magisterial inquiry has been launched into the incident, which is likely to impact the course of the trial. The death is also being seen as a major embarrassment to the Delhi police and Tihar jail officials.