Chennai: The Tamil Nadu government on Friday announced a financial assistance of Rs 5000 each for over 1500 tribal families affected by Cyclone Ockhi in Kanyakumari district. 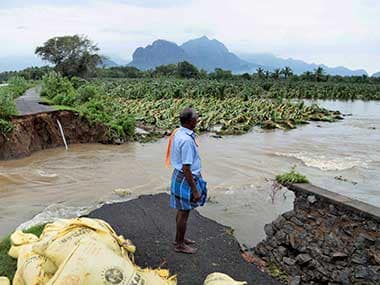 Chief Minister K Palaniswamy said it was brought to his notice that 1,524 tribal families in various parts of Kanyakumari could not take up their vocation following the cyclone and that their livelihood had been severely affected.

"Considering their situation, I have directed that a relief of Rs 5000 be provided to each family," he said in a statement.

Kanyakumari was one of the worst-hit districts by Cyclone Ockhi. Many fishermen from the district are stranded elsewhere while others are still missing.

The state government has already announced relief for fishermen and farmers of the district.