Coronavirus outbreak has shaken our understanding of the world. Can it spark a fundamental rethinking of priorities?

It used to be said that the world is one family. It took a virus to remind us of the truth behind the cliché. This virus, like all of nature, does not discriminate on the basis of man-made distinctions. It does not respect the rich and powerful any more than the poor and powerless – even prime ministers and princes have suffered its affliction, and a princess of Spain has died. It does not bother with whether a person is Hindu or Muslim, Indian or Pakistani, high caste or low, black or Asian or white. It only recognises the human family, the species.

Our species, homo sapiens, invented the world we live in. The artificiality of this our made-up world is finally facing a challenge from nature that has the power to shake us out of our collective conceit that we are the all-powerful creators of our destinies, and the delusion that those destinies must revolve around share prices, political ideologies or man-made distinctions of identity.

Those are normally the concerns that rule the world, to the exclusion of all else. A combination of those concerns has long prevented solid action on a major and growing threat to the existence of most species on earth, in the form of climate change. Our world is run by businessmen whose measures of success are stock prices that fluctuate by the second, and politicians whose measure of success is winning the next election. The time horizons they – and their minions down the line – operate on do not bother overmuch with what might happen years hence.

The ongoing virus threat is here and now. It is not the danger of a gradually rising sea. It is not the earth as a pot on simmer in which the frog of humanity will be slowly boiled to death. It kills swiftly. As a result, even steadfast climate change deniers like United States President Donald Trump and his Fox News supporters, after trying to pretend it’s nothing – because he prioritised the economy as usual – are now forced to backtrack, albeit too late. The US now has the most on record coronavirus cases.

Concerns over the economy have their place. Supply chains at various levels are coming unstuck. In India, the movement of goods even across state borders was halted. There are efforts by the union government to halt the movement of people, mainly migrant workers, back to their home states. Those are the people who are exploited by the economy at the best of times, and left to die at the worst. 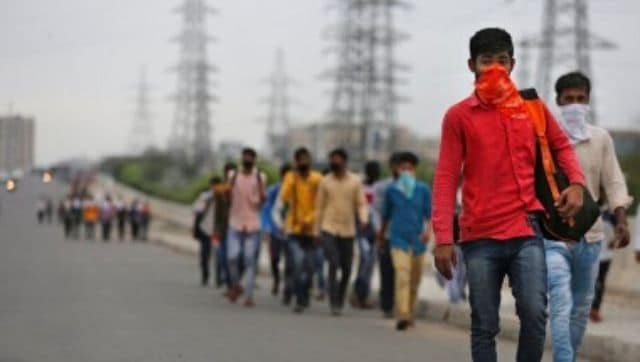 For the very rich, the economic hit is a largely notional loss. It is a change in digits in their stock values, perhaps, but one that need not impact their standard of living or quality of life. For the professional classes, the stakes are higher. There is a looming danger of salary cuts and layoffs. There are EMIs and bills to be paid that depend on salaries. There is genuine cause for concern.

Nonetheless, the enforced period of lockdown and isolation is an opportunity for those who are fortunate enough to be spending time in reasonable comfort to consider the overarching themes of their lives. By and large, we take for granted that promotions and raises, houses and cars, and perhaps fancy holidays, are the goals worth striving for. We put up with a lot of daily stress for most of our adult lives in pursuit of those goals.

The cushion of money that saves people from the hell that poor migrant workers are now going through is undoubtedly of great importance. Beyond that, a certain amount of money is required for security. After that, it probably becomes a trade-off between having more money with less marginal utility and having more free time to do the things one likes to do. Time of life is both finite and irreplaceable. Once gone, it is gone forever.

A good life therefore is one that strikes the right balance between comfort, security and the freedom to spend one’s time of life as one pleases. To me, it is first of all an accretion of days well lived. By this, I do not mean extraordinary days. I mean days of ordinary little joys. Beyond this, there ought to be larger goals beyond oneself that give meaning to life. Those are what one might term one’s life’s work.

It may so happen that this virus will upend the world we live in in ways we still do not know. Or it may be that it will simply pass and things will return to normal for those who survive it unscathed. In either case, the fundamental question of how life is best lived will not go away. Most of us will continue to look to give meaning to our existences through squabbles over artificial identities such as caste, race and religion, or in meaningless designations and the illusion of power over other people’s lives.

However, if the coronavirus crisis can spark a fundamental rethinking of priorities in even a few hundred minds around the world, it would be a precious silver lining to this dark cloud that has enveloped us all. In time, such a reordering of priorities can change – and perhaps save – the world.