As Assam deals with a sudden rise in COVID-19 cases, all traced to people who attended the Tablighi Jamaat conference in Delhi’s Nizamuddin area earlier in March, social media channels are flushed with hate speech against Muslims. Various Islamophobic and ethno-racial slurs are being deployed to vilify the entire community for the recklessness of a few.

Assam has a long history of deep-seated xenophobia and racism against Bengal-origin and Bengali Muslims. They are often accused of being “illegal Bangladeshis”. Racial-communal expletives like “Miya” and “Geda” are used to denigrate them in everyday life. We see the deployment of such terms once again as COVID-19 cases rise in the state.

On 1 April, Minister of Health and Family Welfare in the Assam government, Himanta Biswa Sarmah, in a press conference, released the names of four persons who had tested positive earlier. He also tweeted:

All eight new cases are of people who also participated in #TablighiJamaat congregation at #NizamuddinMarkaz.

The stated intent behind publishing the names is to intimate people who might have come in contact with them over the past few days and encourage them to report to health authorities. There are also reports that a full list of the Nizamuddin attendees from Assam, along with their phone numbers and residential addresses, is being circulated on WhatsApp and other social mediums.

These are threatening developments. Given the local context and history of communal-racial hate speech, they could easily vitiate the atmosphere and fuel more Islamophobia. In the worst case, it has the potential to trigger targeted violence.

Following are a few curated comments and replies posted by Facebook and Twitter users on the pages of Assamese (and other) media portals – such as G Plus, Pratidin Time, The Guwahati Times, News18 Assam & NE and Republic TV – and tweets of top government ministers.

Some of the comments could be triggering. Please read at your own discretion.

Note: “Geda”, “Miya” and “Bangladeshi” are three of the most common racial-communal slurs used against Bengali/Bengal-origin Muslims of Assam, who are routinely accused of being “illegal immigrants from Bangladesh”, being a burden on Assam and threatening the “Assamese culture and identity.”

“Gedas have gone to do a devotion. Did Corona ask you to destroy Assam? The entire Miya community is a scoundrel, that’s why the kids they produce are blind, handicapped or dumb." Comment #2: These gedas have called doom to our Assam. Don’t buy vegetables or fish from these dogs. Because these dogs are spreading the virus deliberately.
Comment #3: These people have eaten up the entire country. 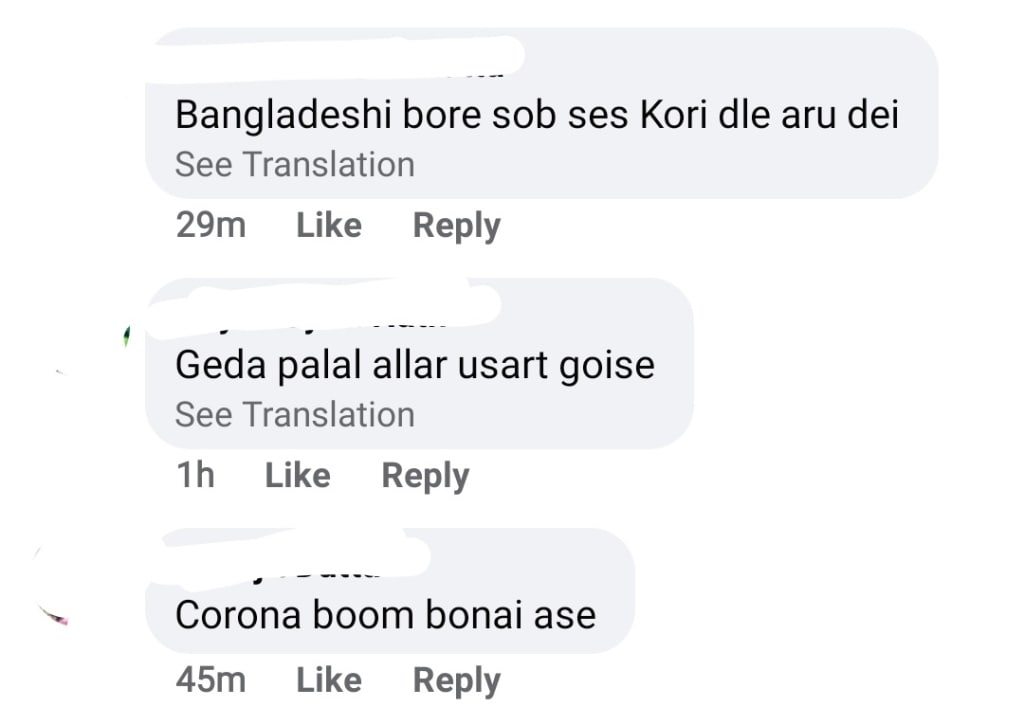 Comment #1: The administration should issue shoot-at-sight orders against these viruses
Comment #2: These Muslim scoundrels who went to Nizamuddin should be shot in the head. These sons of bitches have destroyed everything.

These dogs have eaten (or destroyed) Assam These guys [Muslims] have become cows because they eat cow meat These miyahs will occupy all the good seats (possibly with reference to hospital beds), and we will probably only get the tent beds Rough translation: The Assam government should shoot these miyas right now, and if not then you will regret later. You’ll only end up counting the dead in Assam. If humanity survives, then our next generations will study a new chapter in our history: “Nizamuddin’s Assam Attack 2020” 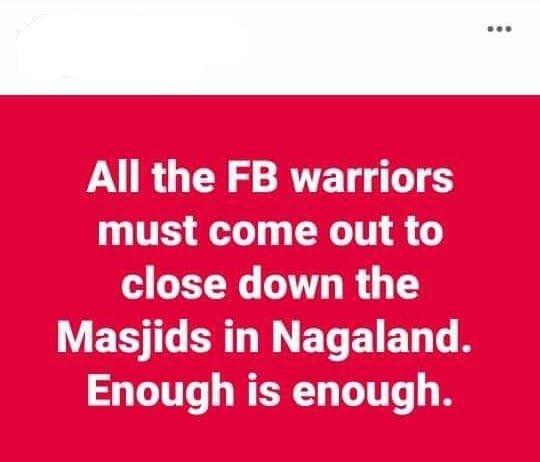 These guys should be given full punishment. These Muslim people always create a problem – first NRC, CAA, and now they are creating the coronavirus problem for the whole of Northeast. 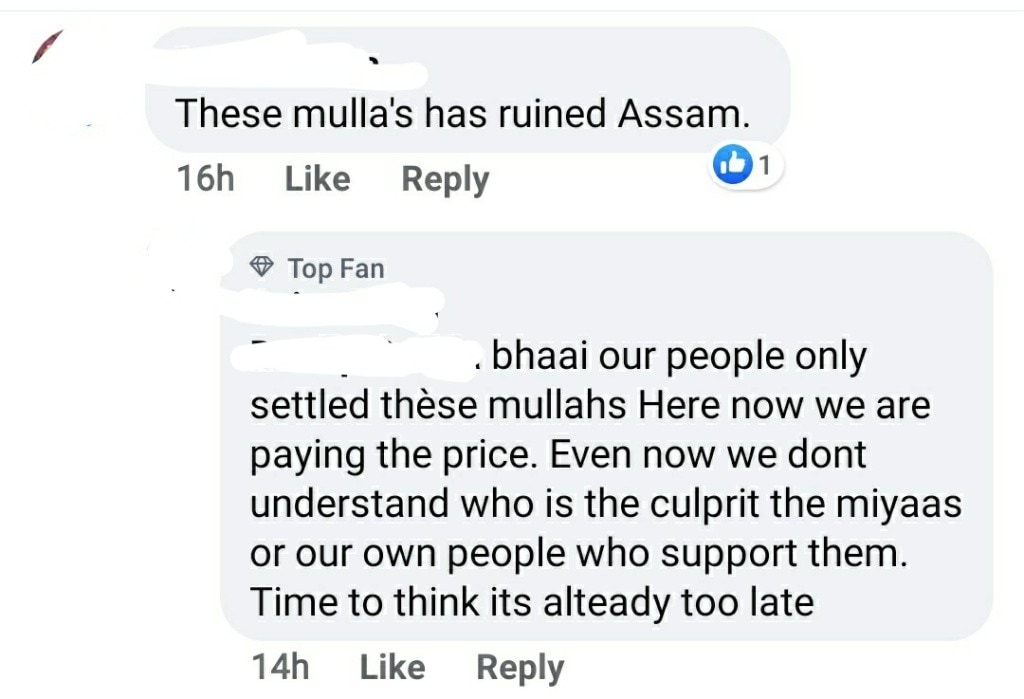 This piece was originally published on  Notes From The Overground on 2 April. It has been reproduced here with permission.