New Delhi: A Delhi court on Tuesday extended till 3 November the judicial custody of businessman Gautam Khaitan, arrested by the Enforcement Directorate (ED) in a money laundering case related to the Rs 3,600 crore VVIP chopper deal. 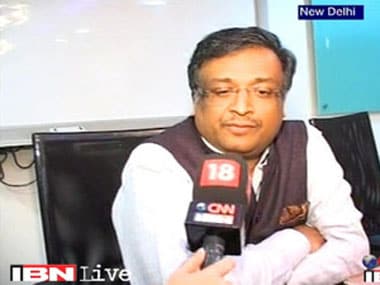 Special Judge VK Gupta sent Khaitan to a 14-day judicial custody after he was produced in the court on expiry of his earlier remand.

ED prosecutor Vikas Garg sought extension of judicial custody of Khaitan submitting that the investigation in the case is still going on.

The court had on Monday dismissed the bail plea of Khaitan on the ground that investigation regarding other accused persons in the case was still in progress.

"The non-arrest of any other accused person so far shall not entitle the accused to be released on bail, when other persons have been asked to join investigation.

"In this background release of the accused at this stage may hamper investigation and shall not be in the larger interest of the public/state. And that being so, release of accused on bail at this stage will not be proper. Accordingly, the application is dismissed," the court said in the order which was made available today.

Earlier, Khaitan's counsel had sought bail contending that he was a "soft target" and influential persons, who are also accused in the case, were not yet arrested by ED.

ED prosecutors had opposed the bail plea contending that there was a likelihood of Khaitan fleeing from justice, tampering with the evidence and hampering the ongoing probe which is at a crucial stage and some persons are yet to be investigated.

The agency had alleged that Khaitan was "actively involved" in the illegal transactions relating to proceeds of crime and he was one of the beneficiaries of the entire deal. ED was probing the case in which 70 million Euros (Rs 360 crore) were allegedly paid as kickbacks and the suspected money trail as also the proceeds of crime.

ED had earlier submitted that Khaitan was on the board of Chandigarh-based company Aeromatrix which was allegedly a front firm for the financial dealings in the chopper deal.

Khaitan was arrested by ED under the Prevention of Money Laundering Act (PMLA). ED had lodged a case in July against Khaitan, former IAF chief SP Tyagi and 19 others in the VVIP chopper deal case to probe alleged kickbacks.

ED had said Khaitan was one of the directors in Aeromatrix and he resigned from the post after the Italian police started its probe into the chopper deal.

It had said a reference to Khaitan was also reportedly made in Italian prosecutor's report filed in a court there. He was earlier questioned by CBI in this case. ED had registered a case in this deal under the PMLA, taking cognisance of a more-than-a-year-old CBI FIR.

The supply of 12 VVIP helicopters from AgustaWestland came under the scanner after the Italian authorities alleged that bribe was paid by the company to clinch the deal.

The Italian prosecutor, who carried out the preliminary inquiry, alleged the CEO of Finmeccanica, the parent company of UK-based AgustaWestland, had used the services of middlemen to bribe Indian officials.