Bikaner: Several activists of a right-wing group on Tuesday showed black flags to Delhi Chief Minister Arvind Kejriwal here for his comments on surgical strike by the Indian Army on terror camps across the LoC. 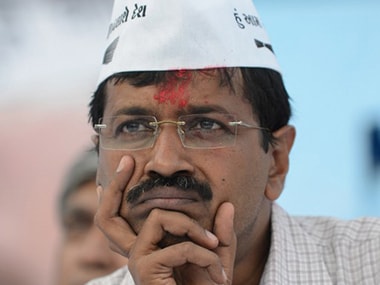 "Kejriwal was on his way to Bikaner from Jodhpur when the activists showed him black flags in Nokha town," said Sub-Inspector of Nokha police station Jasveer Singh.

"One of the activists Bajrang Paliwal has been arrested under section 151 of CrPC (Arrest to prevent the commission of cognisable offences)," he added.

In a rare gesture, Kejriwal had on Monday "saluted" Modi for the surgical strikes by the Army on terror launch pads across the LoC.

At the same time, he had urged the Centre to counter the smear campaign by Pakistan and international media, but BJP alleged that Kejriwal had in the garb of his statement questioned the Army's assertion on surgical strike and insulted the armed forces.

Claiming that Kejriwal "sought proof" on the anti-terror operation, the BJP had earlier on Tuesday asked him not to belittle the armed forces by getting influenced by Pakistani "propaganda".