Dozens of innocent Muslims, too numerous to be named individually, have been killed during the ongoing the anti-CAA-NRC protests in Uttar Pradesh in the past two weeks alone. Hundreds have been illegally detained, while about another hundred thousands, mostly Muslims, face serious charges. This brutal aggression displayed by police against Muslims came after Chief Minister Yogi Adityanath confessed about his plans of taking badla at a public rally. I am myself facing several such charges, including the Goonda Act.

These protests are a historic moment for the Indian Muslim — firstly because they came out en masse on the streets for the first time in post-Partition history for the discrimination they face and secondly because Muslims know whom they're struggling against. And as much Shashi Tharoor might want you to believe that this fight is against BJP, Muslims are fighting with the State.

The methods adopted by the State against Muslims demands a clear inquiry of how Muslims experience their membership in Indian society. Muslims in India, as the Sachar Committee report reveals, have been systematically denied their fair share in all fields of public life India provides. The discrimination, in addition to the production of constant anti-Muslim riots resulting to loss of their lives and properties and repeated interrogation of their patriotism, had pushed Muslims to denounce their identity — both in their politics and their public life.

For as long as I can remember, Muslims have voted almost religiously against the communal parties, while completely ignoring their own backwardness. Secular parties including Shashi Tharoor's Indian National Congress, over the years, have made little to no considerable efforts to change the status of Muslims. Instead, these parties have exploited their misery and have strategically kept their fears alive. Narendra Modi's rise to power in 2014 had only made life of a an Indian Muslim more miserable than it already was. Now with CAA-NRC-NPR, Muslims knew they themselves had to fight for their existence.

The first protest against the CAA in mainland India was started by students of Aligarh Muslim University (AMU), which was first noticed by the media when about 25,000 students sat on a hunger strike to oppose the Bill on the day it was scheduled to be tabled in the Rajya Sabha. On the next day, at least 1,000 students were booked for participating in a Mashaal Juloos. 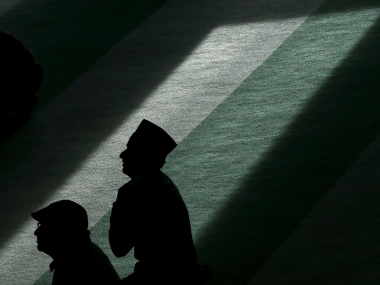 The protests soon reached Jamia Millia Islamia where students were brutally lathi-charged during one such protest march which intensified the movement even more. In a hasty effort to crush the movement, brutal use of assault rifles, stun grenades and tear gas cannons to attack the students of JMI and AMU on 15 December instead sparked nationwide protests — first in solidarity with the students and later against CAA-NRC-NPR itself.

However, although the movement spread to different parts of India, it failed to spread the desired message. The movement started by AMU was also a movement to revive and regain the self respect and dignity of Muslim community in India. This message, which is very much the essence of fight, has been either missed or conveniently ignored in all the protests. We, at the AMU, owing to our experiences with the State and the Hindu majority of Aligarh since Partition, knew that this fight is about our existence.

On one cold afternoon of January 1948, Jawaharlal Nehru, India's first Prime Minister visited AMU. He was there on a goodwill mission to allay the fears from the minds of the Muslim students, and to ensure them a safe future. These Muslim students of AMU, who didn't migrate to Pakistan, were labelled Pakistani, and were fearing attacks from the Hindu majority of Aligarh. Nehru's speech that day made a huge impact on these students but his government did little to control the Hindu majority of Aligarh. The district witnessed several anti-Muslim riots one after the other for several decades. The fear remains till this day.

The citizenship law is an attack on Muslims and Muslims have come on the streets to fight and safeguard their membership in Indian society, and it should not be appropriated into a BJP versus Opposition or Hindu-India versus Secular-India wrestling match. For all we know, most of the parties in the Opposition — whether national or regional, have contributed in squeezing Muslims to the margins. BJP is just going a step further and throwing us out of the margin we already were on.

This fight is beyond permutations and combinations of political parties. It is a struggle between Muslims and the State. Governments have come and gone, but the way the State has treated Muslims has always remained the same. The haunting picture of innocent Muslim youths rounded up with their hands in air on the orders of Provincial Arms Constabulary or PAC personnel from Hashimpura masaccre in 1987 and the pictures of JMI students who were rounded up by Delhi police on 15 December have no common context and yet are so identical. Between Hashimpura of 1987 and Jamia Millia Islamia of 2019, everything is different except two things — firstly, the criminalisation of innocent Muslims and secondly, the treatment the State gives to Muslims.

The problem with the current discourse set around this movement is that it is being discussed in legal framework. I completely disagree with such understanding and propose that we look at it in an ethical framework. Nationwide NRC along with CAA is not brought to attack Constitution, but to specifically eliminate the enemy within in the eyes of the State. It is the deep rooted Islamophobia that allows State to systematically discriminate, marginalise and criminalise Muslims and it is the same plain old Islamophobia that is the contextual premise of this law. It is only the execution part that is anti-Constitution.

Without acknowledging this contextual premise, every effort of resistance will prove counter-productive to the fight we started. Most people, who believe this to be a struggle between Indians who want secular democracy and Indians who want Hindu Rashtra, aren't making any efforts to study the root cause and its implications. This is a struggle between oppressor, the State, and the oppressed, the Muslims. Upon looking at it in any other way would mean the denial of the oppression Muslims are facing on a day-to-day basis.

Muslims are aware that their existence is under attack and they are coming on streets with their Muslim identities and slogans unapologetically. This hasn't happened for once in post-partition India. The skullcaps, the hijabs and the slogans of La Ilaha Ilallah are to demand that Muslims have equal stake in India. People whose solidarity comes with terms and conditions and the people who speak on behalf of the oppressed are doing nothing but injustice to the oppressed.

Shashi Tharoor is mischievously diverging the issue into BJP versus rest of India. It is not. He said in Parliament that this battle is for India's soul. It would be stupid to plaster the entire body, if just one bone of India's body is broken, even if the doctor does it in the name of saving the soul. The repair needs to be done to the broken part, and that is Muslims. Let us make this people's movement - a movement against the oppression Muslims face. That would be a real contribution in restoration of social fabric of India.