72% of rape accused in Mumbai are 'boyfriends' of victims

Mumbai: As much as 71.9 percent of the accused facing rape charges in Mumbai are alleged to have lured their victims on the pretext of marriage, according to a review of such cases reported till October this year.

Data compiled by police shows that of the 542 rape cases filed so far in Mumbai this year, 389 offences (71.9 percent) were committed by "boyfriends" of the victims after they had promised marriage, Police Commissioner Rakesh Maria said on Wednesday. 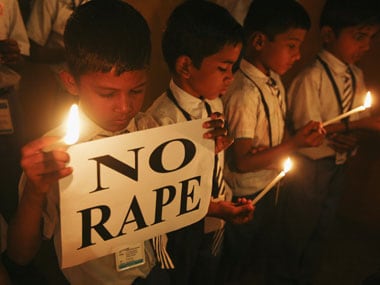 He added that while six percent of the sexual assault cases involved unknown persons, the accused in the rest were either relatives or immediate siblings of the victims.

Maria was responding to queries by journalists on the increasing number of rape cases in the metropolis.

Of the 542 cases lodged till 31 October, 477 have been solved. Of the 333 cases which were registered during the same period last year, 316 were solved, police added.

"We have been exhorting people to come forward and lodge complaints. Hence, women who faced sexual assault are approaching us without any fear," Maria added.

He said that more victims approaching police was one of the reasons why the registration of rape cases had seen a jump in the metropolis.

The Police Commissioner, meanwhile, said that special focus would be given on tracking down missing persons.

The top cop has shared the above data a day after a report compiled by Mumbai-based NGO Praja Foundation suggested that crimes against women, including rape, molestation and chain snatching, have risen sharply in the metropolis in 2013-14.

Meanwhile, police said that they have so far this year deported 12 Nigerians and one Tanzanian who were arrested in connection with narcotics cases.