A four-year-old girl from East Delhi was molested by the driver of the cab that takes her to school, but when she complained to the school, she was allegedly asked to leave because the administration didn't want her sitting with other children. 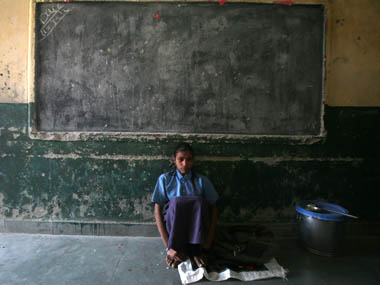 According to this Times of India report,  the parents were intimated about the event when the child refused to board the Maruti Omni on Monday morning, complaining that the driver made her sit on his lap and touch her private parts. When she would cry, he would slap her, she told them.

Her mother says in the report that when they reached the school, "the teacher at the gate asked us to take her back until further decisions were taken."

However, the school changed its stance when the parents of the girl approached police. They have now issued a verbal apology, calling the incident a miscommunication.

This is not the only case of shame and fear after molestation or sexual abuse was reported by the victim. Suzette Jordan, the famous Park Street rape survivor, who passed away earlier this year, was harrassed and hounded by employers and neighbours after she came out and spoke about it in public.

Not just limited to Indian cities, a chilling case of child sexual abuse racket was reported in Oxfordshire, UK, where nearly 373 11-year-old girls were raped, abused and forced into prostitution. Mirror UK reported in March that when one victim went to the police, with blood-soaked clothes, she was turned away and no case was registered.

"They dismissed me as being naughty, a nuisance," the victim said.

An eight-year-old Liberian girl in Arizona was also allegedly shunned by her own parents after being gangraped by four boys aged 9, 10, 13, and 14,  Jezebel reported in August 2014. They parents, ashamed of their daughter being raped by her peers, asked officials to take her back. The girl is now recovering in a foster care.