Visakhapatnam (AP): Twenty-one Maoists were gunned down in an exchange of fire with the Greyhounds of Andhra Pradesh and Odisha Police in Malkangiri forest area on the AP-Odisha border in the wee hours of Monday, a top police official said. 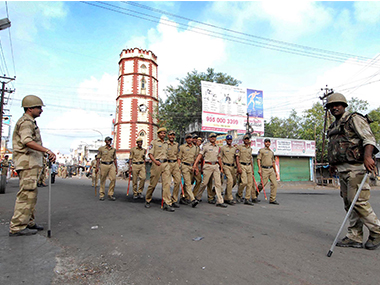 Police suspect that a top Maoist leader and son of another high ranking cadre might be among those killed in the encounter.

AP Director General of Police, Nanduri Sambasiva Rao who left for Visakhapatnam immediately upon receiving news of the encounter, confirmed the Naxal casualties to PTI.

According to AP Police, two constables of Greyhounds, an elite anti-Maoist force, were also injured in the encounter that occurred during a routine combing operation being jointly carried out by police of both the states at Ramgurha in Malkangiri district of Odisha.

The face-off between the security personnel and the outlaws lasted for about an hour.

The injured constables were shifted for treatment to the King George Hospital in Visakhapatnam by helicopter, the police official added.

Police have recovered four AK-47 rifles from the scene of the encounter, where a Maoist den was also found.

The DGP said combing operation was still continuing as there was information that there were some more Maoists roaming in the region.