All the intense promotions that the filmmakers and the actors undertook for Rustom seems to have paid off. The Akshay Kumar starrer has emerged as the fourth biggest opener of the year. 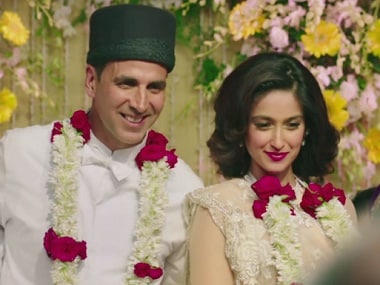 Releasing along with Hrithik's Mohenjo Daro, the film faced tough competition at the box office. Yet it emerged victorious with Rs 15 crore income on the first day. Meanwhile on the same day Hrithik's film made around Rs 8-10 crore.

The top three grossers of the year so far are Salman Khan's Sultan, Shah Rukh Khan's Fan and another Akshay film Housefull 3.

Releasing on the Eid weekend, Sultan raked in a whopping Rs. 36.54 crore. A month after its release the film has crossed Rs. 300 crore making it one of the highest earners of the year. There are rumours that the actual figure is much higher, but the production house is showing a smaller figure to cut down Salman's share of profit.

Shah Rukh Khan's Fan also saw a great opening at the box office grossing Rs. 19.20 crore on its first day. In the first weekend it had earned Rs 52.35 crore.

Housefull 3 earned Rs.15.21 crore on its releasing date. Within 12 days the film had crossed the 100 crore mark at the box office. Favouring the film was the fact that it was the only release that weekend.

With Rustom, Akshay has given the box office three big hits this year. Even Airlift, which is the fifth highest opener this year earning Rs. 14.11 Crore on the first day, had made over Rs 100 crore at the box office.