Uber to cut 3,000 more jobs in second round of layoffs; 'made incredibly difficult decision to reduce workforce', says CEO in mail to employees

After Uber laid off 3,500 of its workforce via a Zoom call that lasted for a little over three minutes last week, the ride-sharing firm has now announced it is cutting 3,000 more jobs in its second round of lay offs.

Uber Technologies Inc, the  San Francisco-based ride-hailing company, is laying off 25 percent of its staff. It will cut a total of 6,700 jobs, including the 3,700 it had announced earlier this month, Chief Executive Officer Dara Khosrowshahi said, adding that the company plans to reduce investments in several “non-core projects,” according to Reuters.

"We have made the incredibly difficult decision to reduce our workforce by around 3,000 people, and to reduce investments in several non-core projects," Khosrowshahi wrote in a letter to employees on Monday, Xinhua news agency reported.

Uber will concentrate on its core businesses in ride-hailing and food delivery, Khosrowshahi said. 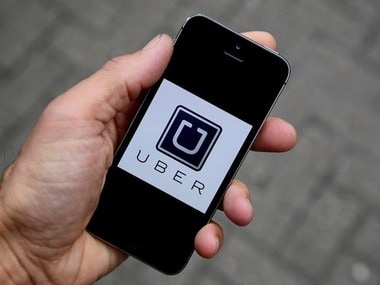 Uber is also closing or consolidating some 45 offices globally, including its Pier 70 office in San Francisco, a branch responsible for its experimental projects like self-driving cars. Over the next 12 months, it will begin the process of moving its Asia-Pacific headquarters out of Singapore to a new location "in a market where we operate our services," according to the company.

The firm will reduce its costs by over $1 billion a year by these actions, the company said.

In a separate regulatory filing, Uber on Monday said the layoffs and restructuring measures will result in one-time, mostly cash-based charges of between $210 million and $260 million in the second quarter. Overall, the measures are expected to generate $1 billion in annual cost savings compared with pre-pandemic budget plans.

Uber employed 28,600 people before the pandemic crippled its business, according to a regulatory filing at the end of the first quarter. The company’s initial wave of 3,700 layoffs affected less-costly customer support and recruiting teams, while Monday’s announcement affects 3,000 employees across nearly all departments.

Smaller US rival Lyft Inc said late last month it would cut about 17 percent of its workforce.

Before the pandemic struck, Uber said it would become profitable on the basis of adjusted earnings before interest, taxes, depreciation and amortization by the end of this year. The company withdrew that guidance as global stay-at-home orders to curb the virus pummeled its ride-hailing business.

Uber has been working on various other businesses, including the development of self-driving cars and a freight logistics network. Khosrowshahi did not directly mention these businesses in his email and a spokesman declined to comment beyond the email, Reuters said.

"We began 2020 on an accelerated path to total company profitability. Then the coronavirus hit us with a once-in-a-generation public health and economic crisis," Khosrowshahi noted. He said Uber must establish itself as a self-sustaining enterprise no longer in need of outside capital, calling the company’s food delivery business Uber Eats the “next enormous growth opportunity.”

Uber is currently in talks with GrubHub Inc to reinforce its food delivery business.

"If there is one silver lining regarding this crisis, it is that Eats has become an even more important resource for people at home and for restaurants," he said. "We no longer need to look far for the next enormous growth opportunity, we are sitting right on top of one," IANS reported.

The ride-hailing business has suffered a near-total collapse as large parts of the United States and the rest of the world shut to combat the spread of the virus.

Nearly two-thirds of Uber’s revenue is generated in the United States and Canada, where stay-at-home orders were issued in the middle of March. The company said that trip requests had plummeted 80 percent globally in April, but were slowly recovering.

Uber in negotiation for Grubhub

Uber is in negotiations to buy online food delivery company Grubhub Inc in an all-stock deal, according to people familiar with the matter.

A merger could give Uber Eats' money-losing restaurant delivery service a leg up on market leader DoorDash at a time when the coronavirus pandemic has upended Uber's core business of shuttling people from place to place, according to a Reuters report.

Uber and Grubhub are still haggling over the deal's stock exchange ratio, and there is no certainty that they will reach an agreement, the sources said.

The potential acquisition suggests that the Silicon Valley disruptor is doubling down on its fastest-growing service in a scramble to adapt to what is likely to be a long business interruption.

"This would be an aggressive move by Uber to take out a major competitor on the Uber Eats front and further consolidate its market position," Wedbush analysts said in a client note.