An Indian Air Force special aircraft on Wednesday brought 15,000 kg of medical supplies from India to the virus-hit Chinese city of Wuhan and later left with 112 Indians and foreign nationals stranded in the city.

External Affairs Minister S Jaishankar described the consignment of relief material as a strong expression of India's solidarity with the Chinese people in their "difficult time".

The Indian Embassy, which coordinated the operations, said that after unloading the relief supplies, the flight carried 112 Indians and foreign nationals to Delhi. 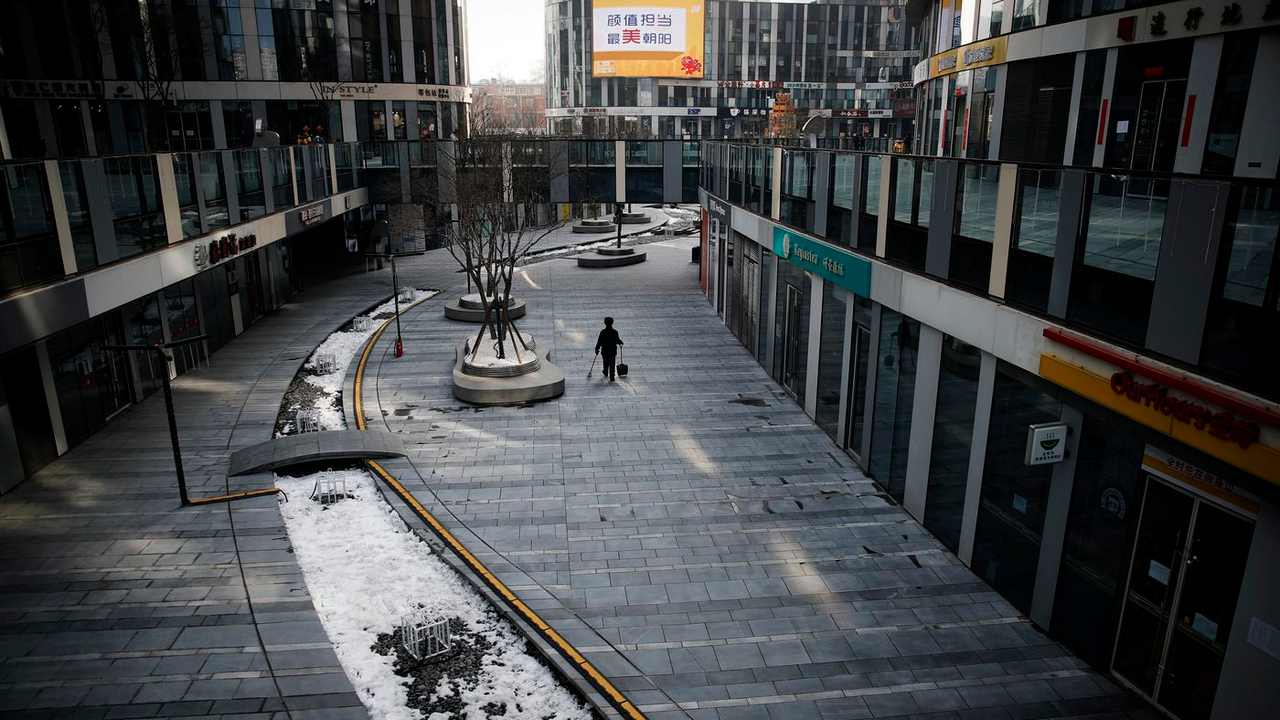 A cleaner in China walks down the empty streets of the malls. Image credit: AP

76 Indian nationals are returning home on this flight, which also has onboard 23 nationals from Bangladesh, six from China, two each from Myanmar and Maldives and one each from South Africa, USA and Madagascar. Wish them all a safe journey and good health, Indian Ambassador to China Vikram Misri tweeted. The six Chinese were stated to be the spouses and family members of the Indians.

They were expected to undergo a 14-day quarantine in India like their previous batches to ensure that they are cleared of the COVID-19 virus.

Wednesday's flight was cleared by China after allegations of delay by Indian officials.

China's worst-hit Hubei province and its capital Wuhan have been under complete lockdown since 23 January.

The death toll from coronavirus in China has reached 2,715 while the number of confirmed cases jumped to 78,064, officials said on Wednesday.

"This assistance has been provided in the wake the Coronavirus outbreak in China and the request by China to provide supplies such as masks and medical equipment," a press release by the Ministry of External Affairs said. In a letter to Chinese President Xi Jinping on 8 February, Prime Minister Narendra Modi had expressed India's solidarity with the people and government of China and also offered assistance in this "hour of need as a gift".

"The medical supplies will help augment China's efforts to control the outbreak of this infection which has been declared as a Public Health Emergency by the World Health Organisation," it said.

"The assistance being sent today is also a mark of friendship and solidarity from the people of India towards the people of China as the two countries also celebrate 70th anniversary of the establishment of diplomatic relations this year," it said.