Follies of the madmen: What's the suicidal thinking that prompted religious gatherings during a pandemic?

“We’re raising up revivalists, not pansies”, railed the black-clad preacher as the packed congregation, fevered with love of their god, cheered and hugged. “They don’t want us to do this”, he went on, “but just turn around to greet two or three people, and tell them you love them”. “Listen”, he assured his followers, “this is the safest place”. The only time his doors would close, the preacher went on, would be at the moment of the rapture, when believers would be lifted up to meet their lord.

This week, India is grappling with the calamitous fallout of the neo-fundamentalist Tablighi Jamaat’s decision to go ahead with its giant public gathering in New Delhi—a decision that led to hundreds of activists of the proselytising organisation fanning across the country. A Tablighi Jamaat gathering on Lahore’s outskirts has had even more catastrophic consequences, sending a storm of infection across the ill-equipped country.

But, the case of the black-clad preacher should teach us, the problem isn’t just Islam. Florida authorities were forced to arrest far-Right Christian pastor Rodney Howard Browne—the man refusing to shut church doors ‘till the rapture'—for his defiance of anti-epidemic regulations.

In Israel, ultra-orthodox Haredi Jews have been defying calls to close down congregational worship in their strongholds, like the city of Bnei Brak. Faced with the fact that the infection was increasing up to eight times higher among Haredim than other Israelis, teenager Shmuel Stern asserted the crisis was “getting us closer to the redemption”, the coming of the promised Messiah.

Footage has emerged of Israeli Haredim coughing in the direction of police attempting to disperse them; in New Delhi, members of a Tablighi congregation spat out of the windows of buses removing them from their New Delhi centre: the truly pious also, evidently, have homicidal impulses. 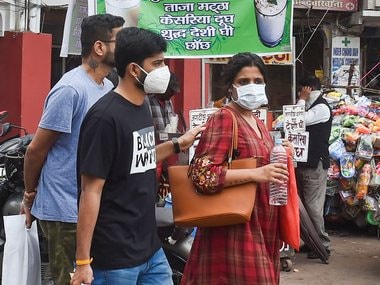 Even as the managements of many major Hindu temples shut their doors, rejecting claims that conch-shells or coconuts had magical anti-viral effects, many others were defiant: worshippers defied government advice, flocking to shrines in Bihar, Andhra Pradesh and Uttar Pradesh in the face of government-backed medical advice. Uttar Pradesh chief minister Yogi Adityanath even defied Prime Minister Narendra Modi’s call to end congregations.

The great cathedral of Santhome in Chennai distributed an elixir to its followers, which a priest told followers would be more effective than masks or medicines; a mosque in Periampet told worshippers that their ritual ablutions would ward off the coronavirus. Cow-urine and dung, promised to ward off coronavirus, are being sold by enterprising farmers along the Kolkata-Delhi highway.

All religious believers—like all ideologically-driven individuals—detest being told how similar their behaviours are, despite their apparently-irreconcilable theologies and mutual loathing. There’s a large body of scientific research, though, that tells us why this is so. Like all herd mammals, researchers have shown, human beings are extraordinarily poor at making reasoned choices about their circumstances, instead relying heavily on the opinions of the group they belong to.

In 2015, a team lead by the University of Exeter mathematician Colin Torney demonstrated that individual choices were too-readily shaped by social information—a proposition illustrated, for example, by the startling reliance on WhatsApp messages during crisis. In essence, humans tend to copy their neighbours.

Though deference to group experience works for some choices—like what car to buy, or which restaurant to eat it—it flails in the face of new challenges, or crises of which there is no collective experience. Indeed, Torney’s work suggests, collectives are strong precisely because they unresponsive to changes in their environment: a group where everyone made different choices on how to respond to stimuli wouldn’t, after all, remain a group.

Put simply, the very human instincts which help us collaborate and mitigate friction in societies are our enemies, when confronted with situations which require innovation or reasoning.

As early as 1908, the sociologist Wilfred Trotter underlined the extraordinary capacity of humans to rationalise irrational beliefs, noting “the mind rarely leaves uncriticised the assumptions which are forced on it by herd suggestion, the tendency being for it to find more or less elaborately rationalised justifications of them. This is in accordance with the enormously exaggerated weight which is always ascribed to reason in the formation of opinion”.

“In this process of the rationalisation of instinctive belief”, he went on, “it is the belief which is the primary thing, while the explanation, although masquerading as the cause of the belief, as the chain of rational evidence on which the belief is founded, is entirely secondary, and but for the belief would never have been thought of."

Evolutionary biologists and anthropologists have, in recent years, helped us understand the imperatives underlying our reliance on superstition and illogic. “Evolutionary processes”, Scott Atran has argued in an excellent survey of the evidence, “driven by competition among groups, have exploited aspects of our evolved psychology, including certain cognitive by-products, to gradually assemble packages of supernatural beliefs, devotions, and rituals that were increasingly effective at instilling deep commitment, galvanizing internal solidarity, and sustaining larger-scale cooperation”.

The problem is these modes of knowing the world aren’t particularly useful when faced with crisis they just have no comprehension of, or vocabulary to address.

Fear—the realisation among a group that it has no tools to deal with a crisis—drives groups to violence. In May 1916, a crowd gathered in Waco, Texas, some of it made up children on their school lunch-break. They cheered as 17-year-old, mentally challenged Jesse Washington was castrated and his fingers cut off, before he was burned to death. Local photographers sold postcards of the event: "This is the barbecue we had last night," one reads, in faded brown ink. Black American assertion challenged the values and norms of the killers; lynching was their response.

The killers were in good company: Europeans, confronted with the medieval plague, thus responded by exterminating Jews on a near-industrial scale; Indians rioted in response to nineteenth-century plague-control measures.

For Indians contemplating the ongoing epidemic of irrational behaviour by religious groups, context is key. From authority structures within families to the status of women, imperialism and capitalist modernisation shattered the basic building blocks of India’s civic life. India is seeing the emergence of a giant cohort of dependent elderly, at precisely the same time record numbers of undereducated young people are struggling to find work.

Like so many other polities in the making, India is an anaemic state. It has too few police officers for its population, too few courts to administer timely justice; too few doctors and nurses and schools. The anaemia of the State means it cannot repair these tears in our social fabric at the best of times, let alone in the midst of an unprecedented crisis.

Throughout the world, decades of ideologically-driven assaults on the idea and institution of robust government have left entire polities with no credible institutions to turn to. In this time of crisis, the consequences have become clear: WhatsApp forwards and and rantings of clerics have more authority and influence than scientists, or even the State.

For millions, panicked into a state of near-stampede, pseudoscience, paranoia and piety offer at least the hope of surviving the coronavirus. For them, and everyone else, this illusion is proving truly tragic.