COVID-19 update: India reports 146 new cases in just one day, ICMR maintains rate of infection in the country is still low and more

There are now close to 859,000 cases and over 42,100 COVID-19 deaths globally. The world crossed many grim milestones in the last 24 hours; Spain, France and the UK saw a record increase in deaths, Italy became the second country to surpass 100,000 cases and the US has now recorded more deaths than China. 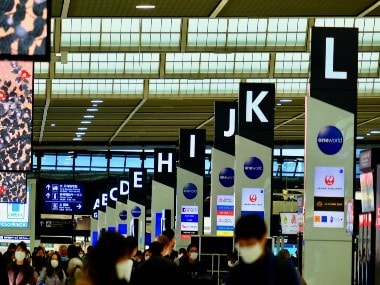 The UN Secretary-General Antonio Guterres remarked that the novel coronavirus is the largest threat the world has faced since World War II and threatens global stability.

India reported 146 new cases yesterday, taking the total to 1,397. The death toll is now 35. Markaz Nizammudin, the headquarters of Tablighi Jamaat in Delhi is now the centre of national concern. The area was put under strict lockdown after 18 people there tested positive. Following a gathering of over 4,000 people between 12th-14th March in the area, as many as 20 states and UTs have reported cases connected to it.

States and UTs as far-flung as Jammu and Kashmir, Tamil Nadu, Andhra Pradesh, Telangana and Assam have traced hundreds of those who attended. 50 of 57 of those who tested positive in Tamil Nadu yesterday were a part of the congregation.

Officials evacuated over 1,500 people from the area and Arvind Kejriwal, the Delhi CM, warned of a surge in cases as many of them were exhibiting symptoms.

The  Indian Council of Medical Research (ICMR) chief Dr Gangakhedkar maintained that the rate of infection in the country is still low, especially when compared to the United States. He said that there is no need to wear masks unless one is feeling sick or is visiting a hospital; the rate of increase in cases does not amount to widespread community transmission.

The Indian response, which has been criticized for under testing, has so far tested over 42,000 samples. Private laboratories had joined the fold last week but have only managed a little over 1,800 tests, citing a shortage in testing kits.

The drug combination Lopinavir and Ritonavir is no longer a part of the list of medications being tried on severely ill patients in the country. The HIV drug combo initially sparked excitement in the medical research community and is part of WHO’s SOLIDARITY trial, but a further study had shown limited effectiveness. The malaria drugs chloroquine and hydroxychloroquine are now being used to treat the severely ill.

The government passed an ordinance to relax several tax compliance deadlines. The deadline to file income tax has been pushed three months to the 30th of June. Further, all donations made to the PM-CARES fund will be eligible for 100% deduction under the IT Act.

China has maintained a low count of new local infections, with imported cases now a bigger threat. However, WHO officials have warned that the pandemic is far from over in Asia. China said it would now include asymptomatic cases in its report update.

A 12-year-old in Belgium lost her life to COVID-19 yesterday. The country has recorded over 700 deaths; this was the first death of a child. Last week France had also reported the death of a 16-year-old - while these cases are outliers, they underline the fact that the young are not immune to the novel coronavirus.

Spain, which is one of the most affected countries, said hospitals in half of its 17 regions are at or near full capacity. Medical workers have made up a large chunk of cases; around 13,000 of the 95,000 total cases.

For more information, read our article on How COVID-19 spreads.