Five-hundred-sixty-three people have now lost their lives to the Wuhan coronavirus and 28,018 have been infected. In China, the public has begun to level criticism against the government as the disease continues to establish its grip on the country. State-backed news channels are reportedly trying to spread messages of calm and assurance. 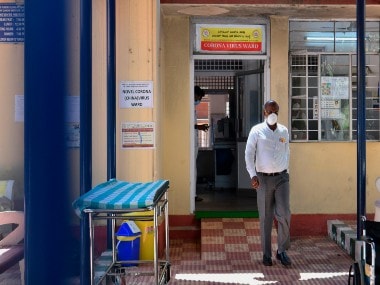 The Cabinet Secretary, Rajiv Gauba, conducted a high-level meeting on 5 February to discuss the management of the virus. Representatives from the Ministry of Health and Family Welfare, the external affairs ministry, the civil aviation ministry, among others, were involved in the meeting. The discussions concluded that existing visas, including e-visas, are no longer valid for any foreign national travelling from China. Those intending to travel from China must contact the embassy to issue fresh visas. The public has been told to refrain from travelling to China: those who do will be quarantined on return.

The Ministry of Health and Family Welfare will be contactable 24x7 at a dedicated helpline, +91-11-23978046, to address any questions about the disease.

Indian carriers had previously called off services to China. Now, Air India has cancelled the Delhi-Hong Kong flight, which was the last route flown between the countries by an Indian carrier. The suspension will come into effect after Friday, 7 February, and go on until 28 March. Cathay Pacific, the Hong Kong-based airline will continue services: it operates 49 flights between the countries weekly.

The Indian Council of Medical Research (ICMR) has received permission to use two second-line HIV drugs against the 2019 Novel Coronavirus (2019-nCoV). Treatment with these drugs will be restricted and administered only to those who have high virus loads and are vulnerable. Virus load is the amount of virus in the blood - a low virus load indicates minor infection.

So far, the disease has been most deadly for those with underlying conditions such as diabetes and heart issues: these are the people who will be given second-line HIV treatment if required.

The drugs, called Lopinavir and Ritonavir, can have substantial side-effects and clinical trials to test effectiveness have not yet been conducted. No one in the country has been given these drugs yet. In more encouraging news, of the three confirmed cases in India, two patients have shown substantial improvement.

The antiviral drug regimen that was used during the SARS and MERS epidemics — in 2001-03 and 2012, respectively — also contained anti-HIV drugs.

Further, another drug called Remdesivir, which is used to treat Ebola cases, has also shown some response to various coronaviruses. It may also be a part of treatment plans in the future.

The median age for infection is 49-56 years of age. It appears that children are less susceptible to the disease. It is hypothesised that they get milder forms of the infection.

Further, while the Wuhan coronavirus appears to be more difficult to control than SARS, it also appears to be less deadly. Hundreds that have been infected have recovered without symptoms turning too serious. It has a mortality rate of around 2%, which is a lot less than SARS’ which was 10%.