The Portuguese football federation says six of the 15 stadiums seeking to host matches when the league resumes next month amid the coronavirus pandemic have failed health inspections. 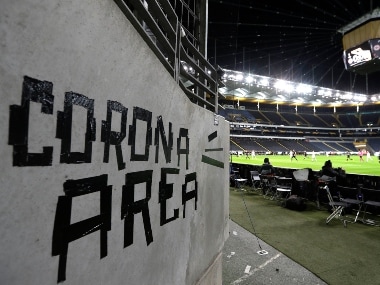 All stadiums must comply with a series health measures established by local authorities to be able to host matches.

The federation says the stadiums for league leader Porto and second-place Benfica were among the nine stadiums that passed the inspections conducted by local health authorities.

The stadiums that failed belong to smaller clubs. They will be allowed to make changes to their venues before another inspection is conducted.

The Portuguese league was set to resume at the end of May but its start was delayed until June 4 so there was time to rigorously inspect stadiums and conduct medical tests on all professionals involved in the matches.

The league was stopped with Porto leading Benfica by one point with 10 rounds to go.