Madrid: A Spanish third-division football team had just started selling a special membership package for the decisive portion of the season, hoping to bring in some extra income.

Another was counting on the boost from revenue on the back of ticket sales for the upcoming derby against a regional rival, one of its biggest matches of the season.

They were not expecting the coronavirus outbreak, nor to see football come to a halt.

The suspension of competitions across the globe has taken a toll on top teams everywhere, but it will be for the smaller clubs that the financial impact may cause the most damage.

While the stoppage has already forced some teams in the major leagues to cut players’ salaries, the effect of the crisis on lower-division clubs may be even more dire, lasting longer and possibly leading to financial collapse. “Every team in the third division will suffer serious consequences,” Franco Caselli, president of Spanish third-division club Burgos, told The Associated Press. “Some more than others, depending on their economic situation.”

In most countries, there are no lucrative television broadcast deals for teams outside the first and second divisions. Their income comes mostly from ticket sales, small sponsors, team merchandising, season memberships and youth academy memberships — most of which have been affected by the suspension of games.

Caselli said Burgos, one of the bigger clubs in Spain’s third division, is doing well financially and should be able to withstand the crisis, but not without losses.

“We had put on sale a special membership package for the last matches of the league, and more than 1,000 had already been sold,” he said. “That was a 20 percent increase in new memberships at this stage, so the losses will be important.”

Mérida, also in Spain’s third tier, was looking to pack its 14,600-capacity stadium for the derby against Badajoz just before it was suspended because of the outbreak, jeopardizing one of its biggest revenue sources of the season.

Fourth-division club Sant Andreu, which plays in a Barcelona neighbourhood at a small stadium where players’ errant shots can go over the stands and onto the nearby streets, estimated a 30 percent deficit from the current stoppage of play. 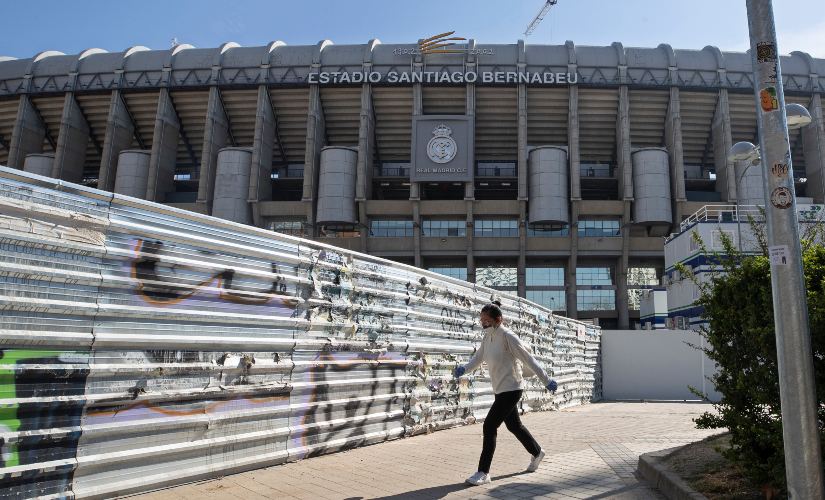 “We are facing the unknown,” Manuel Camino, president and owner of the club, told the AP. “We don’t know how long this will last.”

Camino said he also doesn’t fear for the club’s future, but others elsewhere were not so optimistic.

Italian third-division club Casertana was one of several lower-league teams to announce it can no longer pay players' wages.

Casertana President Giuseppe D’Agostino said the financial strain on his cheese company — which specializes in buffalo mozzarella — combined with the lack of matches, became too much to handle.

“Unfortunately, the state of emergency created by the coronavirus represented an enormous blow to all commercial enterprises … and did not spare my company,” D’Agostino said. “That has made it impossible to respect (a) deadline for players' wages.”

English clubs also struggled to withstand the crisis. Fifth-tier Barnet had to place all non-playing staff on notice in “emergency measures to preserve the club.”

“We have to consider the impact that COVID-19 will have in the immediate and long-term future,” the club said in a statement.

Club chairman Tony Kleanthous said it was his “responsibility to ensure Barnet FC continues to survive and remains financially stable and therefore, I have had to make difficult decisions.”

In Spain, the Spanish football federation, which oversees the lower divisions, said it has been able to guarantee the money destined to smaller clubs thanks in part to the extra revenue it generated by taking the Spanish Super Cup to Saudi Arabia.

“We have guaranteed 100 percent of the help this year and also for next year,” federation President Luis Rubiales said.

Top-division teams in Europe had already shown signs of struggle, with some in Germany making salary cuts. Players for German title challenger Borussia Moenchengladbach this week approached the club with an offer to take reduced salaries, while Scottish club Hearts asked all of its players and other full-time employees to accept a 50 percent pay cut or contract termination.

Clubs in Switzerland and France also took measures to try to reduce the losses caused by the pandemic, which has infected more than 275,000 people and killed more than 11,400 worldwide.

Bundesliga CEO Christian Seifert said recently that he hoped the leagues could resume as soon as possible, even if the matches are played in empty stadiums.

“If someone says they’re ruling out ghost games (empty stadium games), then they don’t need to think any more about whether we’ll be playing with 18 or 20 pro clubs,” he said, referring to the debate about promotion and relegation for next season. “Because then we won't have 20 pro clubs anymore.”