Yashoda, 52, lives in her mother’s house with her husband and four children, a dog called Babuli, a white cat that meanders around, a hen and her chicks. Her 150-year-old ancestral home is barely 500 metres away from the Arabian Sea, in Sasihithlu, a fishing village in south Karnataka. The water she gets in her well is salty. She depends on government tankers to send her two big drums of potable water once every two days. But the delivery is patchy. Sometimes, there is no water for weeks, and she has to go to her friend’s place nearby to get her supply.

India has problems of water stress, water contamination, and water management. These are aggravated in the midst of the COVID-19 pandemic where washing hands with water is among some of the hygiene recommendations to avoid the spread of the disease. 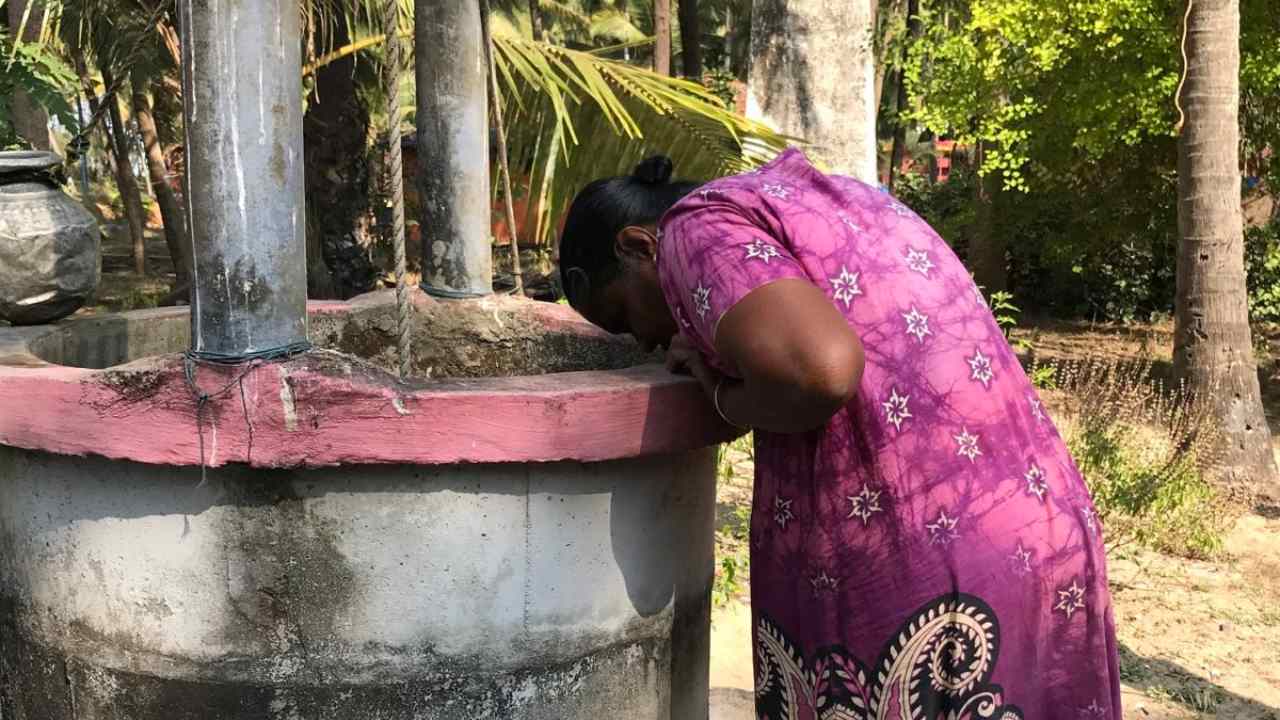 Yashoda peering into her well. Photo by Supriya Vohra

Nearly 820 million people in India face high-to-extreme water stress and 70 percent of surface water resources in the country is contaminated. According to the National Sample Survey Office’s (NSSO) 76th Round report on Drinking Water, Sanitation, Hygiene and Housing Condition in India, 21.4 percent of households in India have access to piped water connections. In rural India, according to the latest National Rural Water Development Program report, 18 percent households receive potable water directly in their homes. India also ranks 13th out of 17 countries in the extremely highly water stressed countries in the world. In the year 2019, the summer months had 44 percent of the country reeling under drought conditions.

In the midst of this is the COVID-19 pandemic, which has, as of April 1, claimed 41 lives with 1649 active cases in 103 districts in India. The Indian government has declared a national lockdown to contain the virus and prevent community transmission.

The virus spreads through close contact via respiratory droplet transmission when a person coughs or sneezes, and via surface transmission, according to the World Health Organisation (WHO). WHO has released a set of guidelines to follow to prevent the disease from spreading, with the Indian government following suit.

One of the pertinent guidelines by WHO to prevent the spread of the disease is to wash hands with soap frequently, or use sanitiser, and maintain proper hygiene.

Meanwhile, water experts across the India’s rural and urban landscape wonder where this water is going to come from.

“The 20-second hand wash, advised to kill the virus, will take on an average 2 litres of water per wash,” says Ranjan Panda, convener of Water Initiative Odisha.

“If we are required to wash hands frequently, which is very much essential, this would mean about 15-20 litres of water per person per day. For a family of five this is about 100 litres of water per day just for washing hands. Do we have that kind of water? Especially with the summer months approaching?” he asks.

“Almost 50 percent of the country does not have access to water, and on top of this, the Odisha government has issued an advisory to not use common water sources for bathing and cleaning. This is a wise advisory though, difficult for the people to follow. What are the people supposed to do?” he adds. 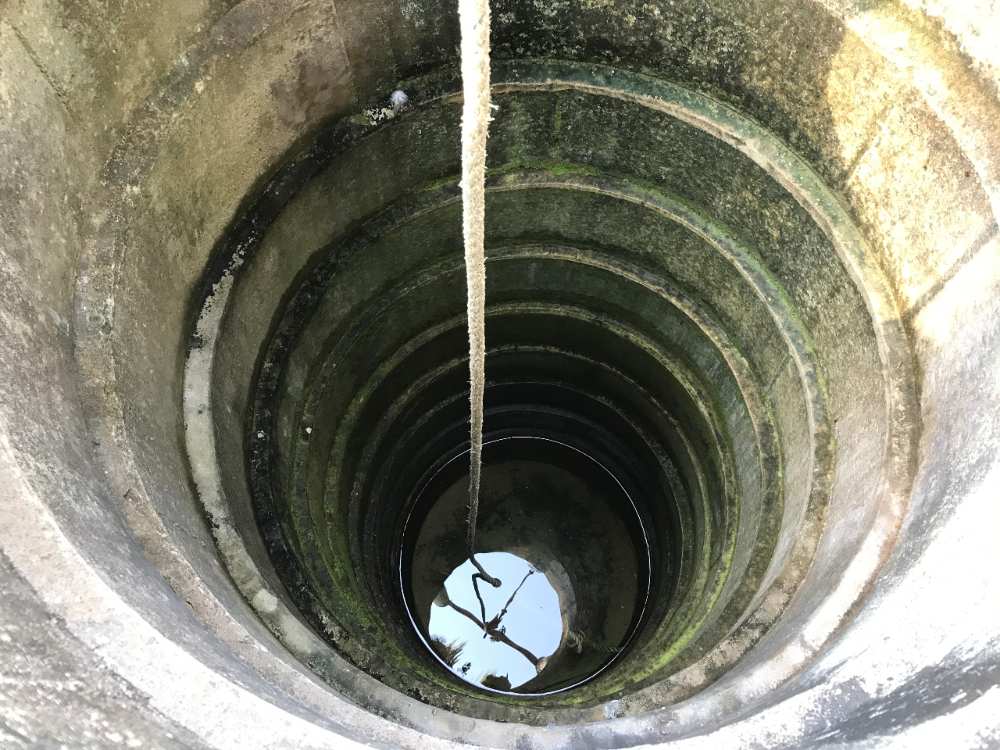 India’s water problems are aggravated in the midst of the COVID-19 pandemic where washing hands with water is among some of the hygiene recommendations to avoid the spread of the disease. Photo by Supriya Vohra.

On March 17, the government of Odisha issued a set of operational guidelines for social distancing. Under one such guideline, it states that “bathing and cleaning in common water reservoirs like ponds are to be avoided as far as possible.”

“Odisha has a number of ghats, open water bodies and reservoirs on which people depend for their daily hygiene. They don’t have facilities to store water at home, and have to step out every day.” says Panda. “How are they expected to manage? It is like a catch-22 situation.”

Siddharth Agarwal, an independent researcher on Indian rivers, feels the enforcement of guidelines on handwashing is rather odd in light of the current scenario of access to water in many parts of the country.

“We walked along the Ken river in Behrasur village in April 2018. It was bone dry, we walked on the river bed,” he said. “The groundwater has run out in most parts of the village. I used one of their main hand pumps to draw out water, and it took me at least 2-3 minutes to draw one litre of water.”

He walked through some parts of Rajasthan in the summer of 2018. In Begas village, about 40 km west of Jaipur, the current water table is at 600 feet.

“People here are so measured in their consumption of water. How are they expecting them to wash hands?” he asked.

He also feels that there are caste-based issues on access to water that are problematic. “Villages are designed in a way where people from supposed lower caste are on the fringes of villages, and often access to water becomes a major hurdle for them. I fear that if the current guideline is understood incorrectly, it may ostracise them further,” he says.

Marathwada is a drought-prone region in western Maharashtra. It is one of the most water-stressed regions in the country, experiencing a drought once every 2-3 years. The region registered its first COVID-19 case in mid-March, in Aurangabad. “We are in complete lockdown,” said Atul Deulgaokar, veteran environment journalist based in Latur, a district in Marathwada. 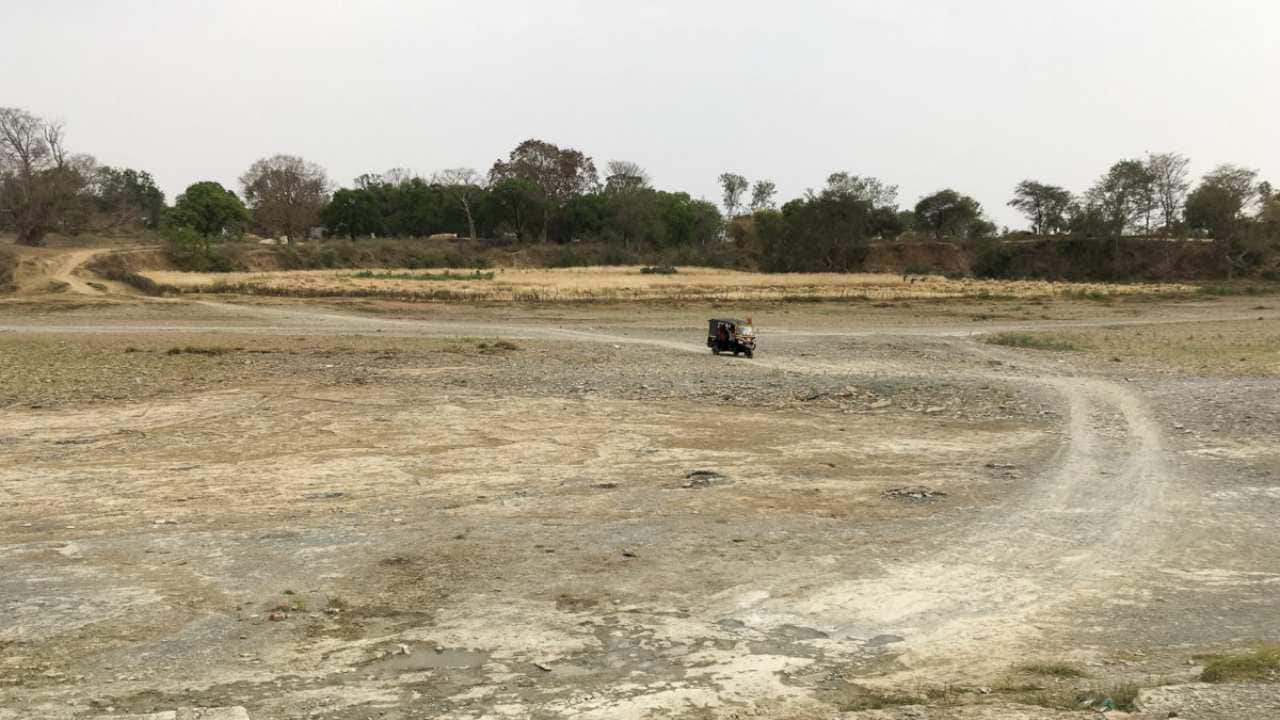 The dry Ken river, at Behrasar village. Here groundwater has run out in most parts of the village. Photo by Siddharth Agarwal.

“We get piped water supply, once in eight days,” he says. “We have the facility to store water, but many don’t. They have to walk for miles to get water from the baolis, in Beed, Usmanabad for example,” he says.

“In rural India, there is a need for 50-60 litres of water per person per day,” explains Deulgaokar. “The situation gets more dire in the summer months. Water becomes an expensive commodity. Water could cost Rs. 5 per 10 litres. How could they afford water for cleanliness?” he asks.

“Our water policies are industry and rich people-centric. Every year you will read reports of young girls dying while trying to fetch water.  People die because of lack of water,” he says.

“This lockdown might be a workable solution for the rich and middle class, but isn’t practical for the poor,” says Himanshu Thakkar, coordinator of South Asia Network on Dams, Rivers and People (SANDRP). He feels the country has a huge problem of water management.

“An estimated 78 percent of rural households and 59 percent of urban household don’t have access to reliable water supply of necessary quality at within their homes. And on top of that you are told that you must wash hands. The lack of access to clean water is essentially a result of our poor management,” he says.

K. J. Joy, social researcher and founding member of Society for Promoting Participative Ecosystem Management (SOPPECOM), Pune echoes this sentiment. “By and large this is a management, distribution and governance problem,” he says.

“Reliable access to water really depends on where you live. Lutyens Delhi, for example, gets a lot of water for luxury use, and a place like Kishangarh (city in Rajasthan) has problem accessing water for basic use,” he said.

“In such a scenario, in light of COVID-19, the government should look at an equitable distribution of water,” he says. He also suggested creating a campaign that encouraged not to keep the tap running through out while washing hands, to conserve water. 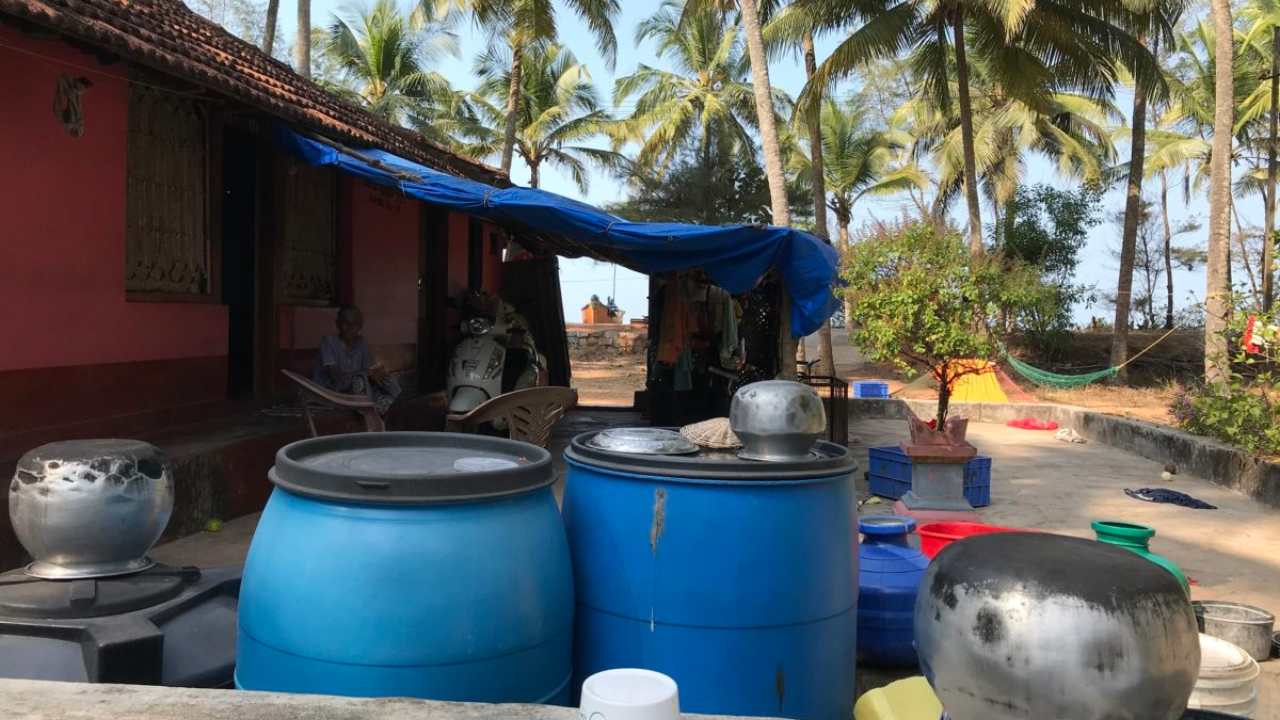 Samrat Basak, director of Urban Water, World Resources Institute-India thinks that it will be important for authorities to make sure reliable availability of water across the entire spectrum of population to facilitate recommended hygiene practices. According to him, an additional 20 to 40 litres of water per person per day will be required to meet the recommended handwashing practice alone.

“For a city like Bengaluru, with a population of approximately 10 million, this would mean an additional requirement of 200-400 million litres of water per day,” he says.

He also explains that there are two groups in urban India with inadequate access to reliable water supply, and most susceptible to the transmission of COVID-19 — the first is the vulnerable, low-income communities that live in informal settlements and have to access communal sources of water, increasing chances of local transmission.

Further, sourcing the additional water for frequent handwashing will be a huge challenge for these households. The second are those who live in peri-urban areas, in gated communities and are dependent on the private market of water tankers for their supply. He says that such sourcing of water from private markets may not be always reliable due to multiple reasons including increased risk of disease transmission or just scarcity of water during summer months.

“The urgent need of the hour, in my opinion, is for the government to increase the number of public handwashing facilities with soap and water stations across the country, especially in areas of informal settlements,” he says.

What is community transmission? How do you protect yourself from the virus?