Experts dealing with anti-microbial resistance (AMR) have feared uncontrollable pathogens — bacteria as well as viruses — much before the novel coronavirus spread across the globe.

They know that the world is fast running out of the basket of limited antibiotics that can treat a range of diseases, and, in many ways, are central to the modern medicine system. And if we don’t collectively step-up and ensure that antibiotics are used responsibly be it in the medical community, animal-rearing industry, the agricultural world, the corporates or people in general, we will reach the dead-end of modern medicine sooner than we think. 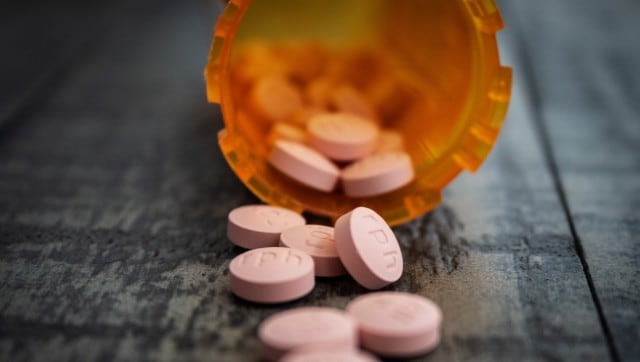 Fear of uncontrollable pathogens due to anti-microbial resistance is not new. Image courtesy: Unsplash@5tyMgag0wRo

It is dangerous how the world is inching towards that, and that too with so little knowledge about it. By 2050, 10 million people could be losing their lives every year to AMR globally, of which one-fifth will be in India. Already, over 50,000 newborns die in India from sepsis because of pathogen resistant to first-line antibiotics. This conservative estimate is already almost a quarter of the estimated 2,14,000 neonatal sepsis deaths annually that are attributable to resistant pathogens. However, scare-mongering will not take us far.

We need a fuller understanding of where we stand and what we can do to avert a deadly crisis while also buying ourselves more time to create options to avert that epic-disaster.

It is now proven that more usage of antibiotics is linked to higher resistance to it at an individual level as well as at a community level.

As a nation, India is one of the top consumers as well as producers of antibiotics. One of the alarming trends is that the sales of latest generation antibiotics are rising very sharply in the country.

Over time, due to several factors, Indians have developed a casual almost callous approach towards popping pills. Dr Google hasn’t helped either with internet emerging as a prescribing source for many. Patients and chemist shops, even when they are managed by professional pharmacists, know very little about the dangers of resistance to antibiotics. The public must be empowered to ask their doctor a question — do I really need this antibiotic at this stage?

We don’t have to wait for an antibiotic awareness week to educate the public about this.

Doctors, at times, anxious to cure fast, or, under unethical incentives of pharma companies, or, simply not having diagnostic tests nearby, overprescribe and may irrationally prescribe third-generation and fourth generation anti-microbials even when the infection is viral. Antibiotics are also prescribed by alternative therapists and doled out freely by quacks in this country.

The country’s central drug regulator in 2014 banned over the counter sale of later generation antibiotics, mandating that the pharmacies keep a record of prescription of these. But how are we auditing the four-five lakhs chemists across country to implement this? The prime minister’s 'red-line' campaign, where a red line marker on the packet warns the public of the danger associated with its misuse, has been an innovative step. But we need more participation from direct stakeholders.

The hospitals must step up efforts to audit the use of antibiotics and improve sanitation to control infection acquired in their facilities. There are clear revised guidelines from Indian Council of Medical Research (ICMR) and the World Health Organisation (WHO) on use of antibiotics, which the hospitals must stick to. These sites, also release effluents with high antibiotic residue, making them fertile source of spreading resistance.

Indi and China produce four-fifth of the world’s antibiotics. It is absolutely essential that the country controls the level of antibiotic residues in the effluents discharged from the pharmaceutical manufacturing units. When hospitals and drug-making units do not control the antibiotic levels they are releasing into the environment, particularly water, and that contaminated water is consumed by humans, the transmission of AMR is unstoppable.

The notorious NDM-1, a superbug traced to New Delhi, which has in the last decade travelled to over 100 countries reaching the Arctic, was said to be a product of such slippage. The environment ministry is finalising the limits of antibiotic residue in effluent discharge, which will be a remarkable initiative for the country. All the states must see to it that this is implemented fully to curb AMR. States like Kerala are already leading the way by releasing their action plan on AMR and kicking in measures to ensure unused antibiotics are disposed-off properly. In fact, India should go a step further than limiting antibiotic residue and build safeguards for AMR in the good-manufacturing practices (GMP) it prescribes for industries.

Our animal husbandry players in the poultries and fisheries, as well as the agriculturists have become the unwitting creators of transmission grounds for AMR. Poultry and other food animals are fed antibiotics not only to treat but to promote growth and prevent infection. Reports have shown that our farmers are unaware of what they are doing, when they are indiscriminately spraying a combination of antibiotics on crops — vegetables and fruits. We definitely need policy guidelines to put brakes on non-therapeutic use of antimicrobials in animal-rearing and agriculture. But that would just be the starting point. In parallel, we need urgent surveillance mechanism across food, animals, clusters of drug factories and hospitals to measure and understand patterns of AMR. The ICMR has been running a limited surveillance network to get data from a set of tertiary hospitals and some labs. But this must be scaled up across touchpoints from where AMR spreads, to be fully representative of AMR threat that we face today.

There is a deep understanding of the gravity of the issue at the national and international level. The WHO and United Nations Environment Program (UNEP) are collaborating to work on environment and health, under which they are stepping up action on AMR.

And finally, every doctor, patient, farmer, food animal handler and citizen must internalise one fact: while popping antibiotics cures a disease, it also creates a future possibility of never getting cured one day.

The author is a senior consultant of health at NITI Aayog