BPA plastic is bad for your health but are the BPA-free alternatives any better?

In many ways, plastic has made the modern consumerist economy possible. We get water in plastic bottles, our fizzy drinks in cans lined with hard plastic, our cooked food is delivered in plastic containers which we eat from plastic spoons and forks and even the food ingredients or cleaning products we buy for the kitchen are often stored in plastic containers. All our online orders come wrapped in layers of plastic - just about any product we touch is wrapped in at least one layer of plastic. 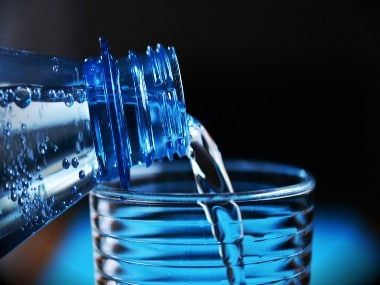 Representational image. Image by Selling of my photos with StockAgencies is not permitted from Pixabay.

We are well aware of the environmental cost of the manufacture and disposal of plastic but many of us still do not pause and think of its direct health impact on humans. Plastic lining can get leached into the food and drinks we consume and can trigger adverse reactions on the cellular level. Previously, most plastic food containers were composed of a product called BPA (Bisphenol A). BPA is combined with other compounds to make polycarbonate, which makes plastics stronger and shinier. Then, studies began showing that BPA had harmful effects - especially on babies and pregnant women.

How does BPA affect our health?

BPA binds to estrogen in the body. Since estrogen regulates many functions such as growth, fetal development and reproduction, BPA can have a wide impact on the body. Studies have found that women with higher levels of BPA in their blood were three times more likely to have miscarriages and lower egg production. Similarly, men with higher levels of BPA were found to have a lower sperm count.

Concerns about babies were especially grave: babies whose parents had higher levels of BPA were found to have a lower birth weight by 0.2 kgs on average and were linked to emotional and developmental problems in the future. Citing these concerns, the FDA (Food and Drug Administration) banned the use of BPA in baby products such as milk bottles and pacifiers.

Why is there not a blanket ban on BPA?

While the studies mentioned above were provocative, they did not establish causality. The FDA maintained that lower levels of BPA in the blood did not have adverse effects on the body. More research needs to be done on what a permissible amount of BPA is and the mechanism and extent of health issues it may cause.

Subsequent studies that used animals such as mice and monkeys have shown that even low levels of BPA can have developmental issues as BPA can pass to babies through the placenta. Plastic manufacturers have since made variants of BPA, the most popular of which is BPS (Bisphenol S). However, researchers have said that such substitutes are chemically very similar to BPA and mimic its function once they enter the body. So, while BPA-free packaging has caught on, it may not be any better than the original.

Manufacturers chose BPS as a substitute since it is alleged to leach less from the packaging. However, subsequent studies have shed some doubt on this belief and have shown that adults have high amounts of BPS in their bodies. Further, BPS has been linked to abnormal cell functioning leading to obesity, diabetes, birth defects and cancer.

In vitro studies have also linked BPS to hyperactivity and development of heart arrhythmia. The latest of these studies, published yesterday by the University of Missouri-Columbia, looked at the effects of BPS on mouse placenta. It found that BPS lowered the amount of serotonin in the placenta, meaning that the baby got a lower amount of the hormone as well. Lower levels of serotonin are linked with impaired fetal brain development and emotional problems.

Knowing all this, how can I lower my BPA exposure?

While innovation happens behind the scenes, the smart course of action, for now, is to limit your exposure to BPA, BPS and BPF (Bisphenol F) plastics. Here are some things you can do:

For more information, read our article on Female Hormones.