Just like the rest of the world, Bangladesh is fighting COVID-19 too. Similar to India, the fear there is that if the pandemic gains a footing in the country, the results could spell disaster. At last count, 56 cases had been reported in the country and 6 of them have lost their lives.

As the community braces for a potential outbreak, there is another big worry on the horizon as well. Dengue, the insect-borne viral disease that causes severe flu-like symptoms, appears to be on the ascent in the country. Already, in the first quarter of the year, the number of infections is four times higher than last year. About 271 cases have been reported compared to 73 in the same time period last year. 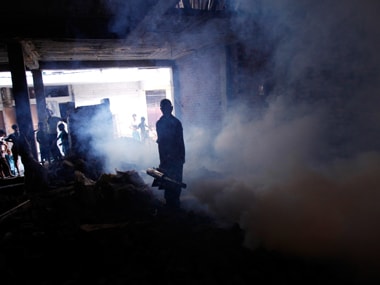 This confirms a disturbing trend; the 101,334 cases and 179 deaths last year were the highest since 2000. Further, the virus peaked during Eid last year, which is the travel season. The fear is that the virus will spread throughout the country - transmitted by all those who travel - and cause even more damage this year.

Dividing resources between COVID-19 and dengue

Representatives from Dhaka North City Corporation (DNCC) told the Dhaka Tribune that the health department has designated health workers to specifically look after and contain COVID-19 cases. However, health workers previously in charge of dengue containment will continue with their jobs which include disinfecting public spaces and spreading awareness about the disease.

What is dengue fever and what are its symptoms?

Dengue is a mosquito-borne viral disease that affects between 50-100 million people globally every year. Once bitten by an infected insect (the species is called Aedes aegypti), the virus incubates for 4-10 days before symptoms appear. Symptoms include severe headache, nausea, pain in the joints and rashes. An infected human can transmit the disease to others via the mosquito - an Aedes Aegypti becomes infected when it bites an infected person and spread the virus when it bites another person.

Recovery from the disease means lifelong immunity to the particular virus strain; however there are four types of viruses that cause dengue, and getting infected by one provides only partial immunity from the others. In fact, getting reinfected by a different dengue virus increases the likelihood of severe dengue, which is more likely to be lethal. There may be a drop in body temperature and more severe symptoms such as bleeding gums, rapid breathing, blood vomit and fatigue might show up.

There is currently no treatment for dengue; hospitalization for severe cases involves symptom management and fluid replacement.

How can it be prevented?

To prevent transmission, vector control is focussed on. Since the mosquitoes breed in water, the WHO recommends regularly cleaning and draining sources of still water in the house; open water containers, tyres and puddles should be consistently cleaned and not allowed to hold water for too long. Further, clothes that cover the body are also recommended, along with insect repellents. In places where the disease is widespread, health officials recommend insecticide-treated bed nets as well.

Maintaining clean surroundings is, therefore, the greatest weapon against dengue as of now.

For more information, read our article on Dengue.