Los Angeles: Former heavyweight boxer Mike Tyson has claimed he got a prison officer pregnant when he was in jail.

However, he refused to give any details, reports dailymail.co.uk.

The 45-year-old retired boxer served three years of a six-year prison sentence for rape in 1992 and returned to jail for nine months in 1998 following a road rage conviction.

Tyson revealed that the woman in question did not have the child, but he refused to elaborate on any other details. 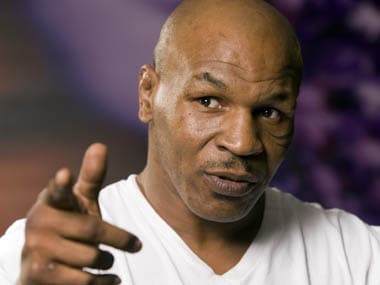 "I didn't talk about getting a prison official pregnant. Oh yeah. In prison, stuff happens. But she had no baby," Tyson said.

The former heavyweight champion, who has eight children, says he used to take many drugs previously, both legal and prescription describing them as his little friends.

"I just liked morphine, but I had to take a lot of it because it didn't stay in your system for a long time. And I'd have my cocaine, and I had my marijuana, and I had my Cialis and Viagra and my little friends all sitting there," he added.