How the brain can see more than your eyes

Washington: The brain's ability to process points of light into complex images is more important to 'see' things than vision, according to a new study.

University of Virginia researchers found that the very simple eyes of fruit fly larvae, with only 24 total photoreceptors (the human eye contains more than 125 million), provide just enough light or visual input to allow the animal's relatively large brain to assemble that input into images. 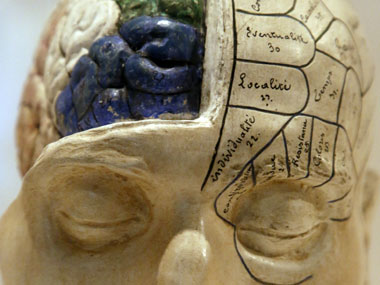 "It blows open how we think about vision. This tells us that visual input may not be as important to sight as the brain working behind it. In this case, the brain apparently is able to compensate for the minimal visual input," said researcher Barry Condron.

Researchers conducted experiments and found that when a fruit fly larva was tethered to the bottom of a petri dish, other larvae were attracted to it as it wiggled attempting to free itself.

They learned that the nearly blind animals likely were seeing the action, by wagging their heads side-to-side in a scanning motion to detect it, rather than by only hearing it or feeling vibration or by smelling the trapped larva.

This was a surprise because of the very simple and limited vision of fruit fly larvae.

"The answer must be in the large, somewhat sophisticated brain of these animals," Condron said in a statement.

"They are able to take just a couple dozen points of light and then process that into recognisable images; something like when an astronomer with a small telescope is able to use techniques to refine a limited image into useful information about a star," Condron said.

Condron believes the animals are able to assemble useful images by rapidly scanning their heads and, in so doing, gather up enough light points to allow the brain to compose a panoramic image clear enough to 'see'.

Researchers tested this by presenting larva with a video of a writhing larva (therefore no vibration, no sound and no smell) and found that the larvae still detected and sought out the struggling larva on the video.

They also learned that if they slowed down or sped up the video, the larvae were less attracted or not attracted at all to the video larva.

They also were not attracted to dead real larva, or to tethered larva of another species, and they also had difficulty finding tethered larva in near darkness.

"Apparently they are – to a very high degree – visually sensitive to detail and rate of motion and can recognise their own species in this way," Condron said.

"This provides us with a good model for trying to understand the role that the brain plays in helping organisms, including humans, to process images, such as recognising faces," Cordon added.