Chennai: DMK members were suspended from the Tamil Nadu assembly till Friday when a debate on Sri Lanka caused an uproar that the speaker ruled was undignified.

Deputy Speaker R. Jayaraman ordered them evicted, saying their conduct breached the dignity of the house and that their protest was undemocratic. 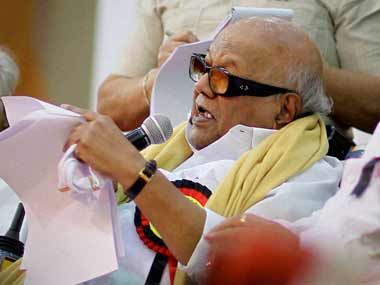 Speaker P. Dhanapal later suspended them for the rest of the session -- which ends Friday. The DMK has 23 members in the 235-member assembly.

Congress legislators also walked out after the treasury benches accused the central government of not caring for the Tamils in Sri Lanka.

The ruling AIADMK has accused the DMK of ignoring the large-scale killings of Tamils during the final stages of the military offensive which crushed the Tamil Tigers in May 2009.

Around that time, DMK stalwarts were gathered in New Delhi meeting Congress leaders to seek select cabinet posts in the Congress-led central government that had been re-elected.