The loan came after South Sudan President Salva Kiir visited Beijing to secure support from China, which has major oil interests in both South Sudan and its northern neighbour Sudan.

A long-brewing conflict between Sudan and South Sudan over oil export fees, border demarcation and citizenship has halted nearly all oil production in the two countries, who sit atop one of Africa's most significant oil resources. 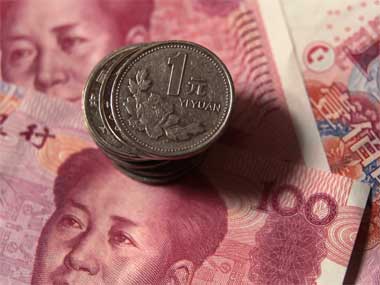 China is already the biggest investor in oilfields in South Sudan.

South Sudan depends on oil for nearly 98 percent of its state revenue and the shutdown has puts its economy under pressure.

The funds will be provided over the next two years and the projects will be conducted by Chinese companies, Benjamin said.

The Asian economic powerhouse has had to play a delicate balancing act with the two countries, since Beijing is also one of Sudanese President Omar Hassan al-Bashir's major supporters.

When landlocked South Sudan seceded from Sudan last year, it took three-quarters of the region's production, while the pipelines to export the oil are mostly in Sudan.

South Sudan is considering building two alternative pipelines, one to a port in Kenya and another through Ethiopia and Djibouti.