Last year, the Women's T20 Challenge was expanded into a three-team event with the edition of Velocity, who lost to the Supernovas by four wickets in the final.

New Delhi: Jaipur will host the third season of the Women's T20 Challenge that will see an addition of an extra team, the BCCI announced on Saturday.

"As part of its ongoing commitment to grow the women's game, BCCI are pleased to announce the 2020 Women's T20 Challenge." BCCI secretary Jay Shah said in a statement. 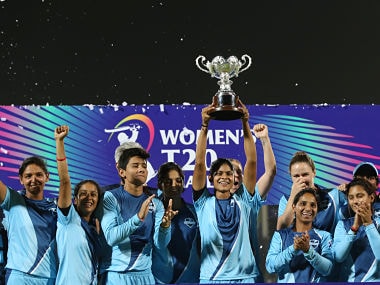 Supernovas won the second edition of Women's T20 Challenge held at the Sawai Mansingh Stadium in Jaipur in 2019. Sportzpics

"This edition will see a fourth team added to the tournament," he added.

The 2020 season will have a total of seven matches which will be played during the IPL Playoff week at the Sawai Mansingh Stadium.

The inaugural edition of the tournament in 2018 comprised an exhibition match played between the Trailblazers and the Supernovas at the Wankhede Stadium in Mumbai before the first men's qualifier.

Last year, the tournament expanded into a three-team event with the edition of Velocity, who lost to the Supernovas by four wickets in the final.

The 13th edition of the IPL starts from 29 March with defending champions Mumbai Indians taking on Chennai Super Kings in Mumbai.