T20 World Cup 2021: With change in mindset, India unearth template for the future

After their most underwhelming T20 performance in recent memory against New Zealand a week back, Virat Kohli was uncompromising in his assessment of his batting group’s approach. “Not brave enough,” was the phrase the Indian captain used to castigate a horrendously insipid display that netted a grand total of 110 for seven in 20 overs.

With the surety of night following day, a massive defeat was the aftermath. It wasn’t India’s first of the World Cup; it was hard to choose which of the two – the unchallenged ten-wicket drubbing at the hands of Pakistan or the eight-wicket loss to the Kiwis – was more debilitating.

As a rule, professional sport does not reward hesitancy. It frowns on timidity, it punishes half-heartedness, it scoffs at conservatism. It calls for decisiveness, for positivity, for belief, for hunger and ambition and fire and passion. It necessitates commitment to the cause, it encourages fearlessness, it warrants energy and electricity. 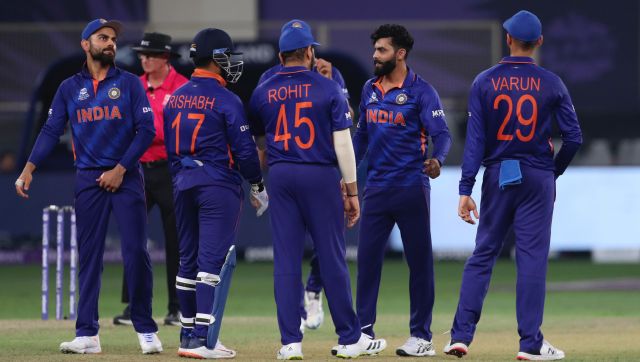 India have embraced all these positive traits and more in the last 10 months, most notably in Test cricket where they have had the most amazing time. It’s as if they are elevated by the theatre of the longer version, as if the romantic in them is roused into action. In Australia at the start of the year, at home against England immediately thereafter and in Old Blighty in the summer, they played such exhilarating cricket that defeat to New Zealand in the final of the World Test Championship seemed like the aberration it was.

It isn’t as if their short-form game has been any less entertaining or rewarding. It’s just that at the crunch, in an event of the magnitude of the T20 World Cup, they faltered badly not once but twice, pushing themselves closer to the exit door at the first time of asking.

If India are still clinging on to the slightest, most fraying thread of hope, it’s primarily because of how matches in Group 2 of the Super 12s have been scheduled. Such was the itinerary that India’s two toughest matches came right at the beginning. With the benefit of hindsight, India might have been better off playing one of the ‘lesser’ lights – Scotland or Namibia – earlier on, but there’s no gainsaying what purpose that might have achieved if they had adopted a similar, wait-and-watch course as against Pakistanis and New Zealand.

That said, the India of the last two matches have been unrecognisable from the fumbling, juddering outfit of earlier. Where their feet were cast in lead and their mind encumbered by self-doubt, they are now bold, entertaining, unfettered, free to express themselves. Perhaps, they have been freed up mentally because they have nothing to lose. Perhaps, they feel the need to prove a point to themselves, as much as to the outside world, that they should not be defined by what happened in the first week. Perhaps, their designs have been given a boost by the quality of the opposition they have come up against in the last few days.

The India of the last two games, against Afghanistan and Scotland, have been such fun to watch. Whether batting first, like against their Asian neighbours, or bowling first after Virat Kohli won a rare toss on his 33rd birthday against the Scots on Friday, they have been ruthless, uncompromising, unrelenting. They have oozed positivity and purpose, both conspicuously missing earlier. Why did they need the sounding of the alarm bells to fine-tune their thought processes? What impressed upon an experienced batting group, fortified by the experience of the Indian Premier League, the need to look for gremlins in pitches and wizards in the opposition when the only demons that existed were in their heads?

Despite their sensational wins – and the margins thereof which have translated to India enjoying the best net run rate in their group – India’s fate is still not in their hands anymore. They will be rooting for Afghanistan to fell New Zealand on Sunday and open up the door to the semifinals. That may or may not happen – Afghanistan perhaps have an upset left in them in a competition where they have found the established nations a bridge too far. Irrespective of, India can ill afford to ignore the lessons which, if heeded, will allow them to transcend the mediocre and flirt with the extraordinary on a consistent basis.

Wednesday and Friday have reiterated the virtues of carefree cricket. Even though the weight of the world is on their shoulders, India have found a happy medium through which to negotiate that burden gracefully. The trick going forward will be to ensure there is no pattern of intrepid cricket being only the last resort. In the rapidly evolving milieu of 20-over cricket, India will be hopelessly left behind if they continue to court the safety-first methodology.

Expected new T20 captain Rohit Sharma and incoming head coach Rahul Dravid have 11 months’ time in which to iron out the creases and make sure India are mentally in all readiness for the next World Cup, in Australia in October-November. The shift in mindset when pushed to a corner will have to come to stay. India can’t be edgy one day and explosive the next. They will have to redefine their T20 culture and integrate their talent with the right attitude if they aren’t to remain static in a fast-evolving landscape.

Attitudinally, India have been on top of their attacking game since the New Zealand no-contest. This template must become the norm rather than the exception going forward. There is no reason why that can’t be so, though it might necessitate a change in personnel as much as a change in mindset if the existing batting resources are set in their ways and thinking. England made a conscious decision in the wake of their elimination from the 2015 World Cup to drape themselves in an electric cloak of aggression. If this campaign can catalyse a like shift in India’s approach, the World Cup wouldn’t have been all gloom and doom alone.