Dhaka: The disgraced former Pakistan captain Salman Butt has arrived in Bangladesh to play his first full-fledged competition outside his homeland since serving a five-year ban for spot-fixing, an official said on Tuesday.

He was cleared by the Pakistan Cricket Board to play in the latest edition of the Dhaka Premier League, a popular Bangladesh club franchise which runs until 20 March. 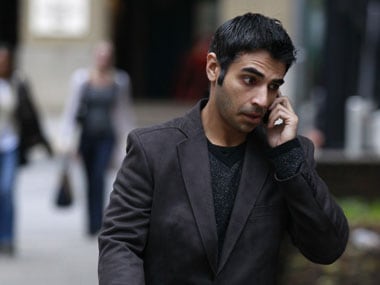 The former Pakistan skipper is expected to make his debut against Brothers Union on Wednesday.

Mohammedan official Wasim Khan said the club was looking for a left-handed opener and Butt "easily fit" the profile, adding they were not concerned about his past.

"It happened long, long ago. He already served out his ban," he said.

"We don't think it should be an issue now. We have seen him scoring runs and that is important to us."

Butt was captain of Pakistan when fast bowlers Mohammad Asif and Mohammad Amir delivered deliberate no-balls during a Test match against England at Lord's in August 2010.

The trio admitted to working with a bookmaker and served time in prison in England before being suspended for a minimum five years by the International Cricket Council.

Amir has since returned to international cricket but Butt and Asif's careers were limited to Pakistan's domestic competition.

Butt was allowed to play two matches in the Ajman All-Stars T20 league tournament in the United Arab Emirates in January — one controversial match in that event is under investigation by the ICC Anti-Corruption Unit — before being cleared to play in Bangladesh.

"They asked me some questions and I cooperated with them completely. They were satisfied with what I had to say and I have now got clearance from any involvement in any dubious happenings in the tournament in Ajman," Butt told PTI.

The opener said he had been concerned since the ICC first announced it was investigating some dubious activities in the league which was neither sanctioned nor recognized by the ICC or its affiliated unit, Emirates Cricket Board.

"It was very worrying for me given what I have been through in the past due to my own blunders. Since serving the ban and returning to cricket I have tried to restrict my socializing and keeping away from off the field activities to keep a clean chit," Butt said.

"Thankfully I played just two matches and I was not in that particular match which is under investigation. I don't even know which teams are involved. But whatever the ICC asked me I told them honestly."

He said he had conveyed to the ICC sleuths his feeling about the league and how he went there to play in it as a professional.

"I played just two matches because I felt things were not right in the event. But what surprised me is that the players who took part in that dubious match don't even appear to be proper professional cricketers as most of them I saw on TV were wearing joggers."

Butt said some other Pakistani players apparently also played for some teams in the league but they also didn't feature in the dubious match under scrutiny.

"I am still trying hard and doing my best to get another shot at playing for Pakistan and it is not an easy road ahead. Certainly, I didn't require this scandal at this time but now I am also satisfied the ICC spoke to me and listened to what I had to say," Butt added.