The clamour for getting into the contract system is that contracted players not only get better endorsements, but importantly get access to the best medical attention, wherever it is available, in case of injuries.

Logic sometimes flies out of the window when our national cricket selectors and Committee of Administrators (CoA) try to stitch an issue. Their latest snafu is the annual player contracts handed down to 25 Indian male cricketers.

The logic to keep out the talented and promising opening batsmen Prithvi Shaw and Mayank Agarwal was that they had not played the minimum of three Tests or eight ODIs in the year to make the cut.

Shaw in his two Tests in India made a terrific impact by slamming one hundred and one fifty while Agarwal, summoned as a replacement to Australia, impressed one and all as he took to Test cricket like a duck to water. In the two Tests in Melbourne and Sydney he scored two excellent fifties in his three innings against a top class Australian pace attack. In short both Shaw and Agarwal who made their debut last year, stood a better chance of playing Test cricket in the near future than some others in BCCI’s list. 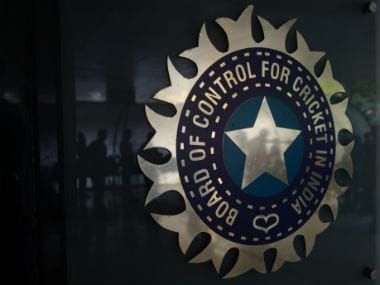 The clamour for getting into the contract system is that contracted players not only get better endorsements – though most of these are hogged by the hugely successful Virat Kohli and Mahendra Singh Dhoni – but importantly get access to the best medical attention, wherever it is available, in case of injuries.

Of course Shaw, who hurt his ankle while fielding in Australia, too, gets similar attention as he was part of the official touring party. But if he is kept out of the contract system he’d need to get special permission to avail of it if he gets injured when not on national duty.

This is why Wridhiman Saha who has not played international cricket for over 14 months and could be out of it for a few more months, has been retained in the annual contract system. He stands to gain Rs 1 crore annually even as BCCI foots the bill for his rehabilitation. The wicket-keeper had suffered a series of injuries to his finger, hamstring and shoulder, each requiring medical attention.

If Saha’s inclusion could be explained away as the need to stick with a player in his hour of crisis, the inclusion of Rohit Sharma in the A Plus category was illogical.

Ideally, inclusion in A Plus category should go to a player who is a top class performer and an automatic choice in all three formats of the game. Skipper Kohli and pace ace Jasprit Bumrah fit the bill perfectly. They are India’s best batsman and fast bowler respectively in Test, ODI and T20I cricket and hence worthy of being included in the A Plus category. But the same cannot be said of Rohit Sharma.

Rohit’s Test record is poor and his lack of importance to the team is reflected by the fact that he has played just 27 Tests in a six-year career. Ajinkya Rahane, who too made his debut the same year as Rohit, has played more than twice the number of Tests (56) while KL Rahul, who came later, too, has played more (34) Tests.

Of course Rohit has been pretty successful in ODIs and T20Is, his recent poor run of scores notwithstanding. However if he is not an automatic choice in Tests he should not have been in the A Plus category.

However, if the CoA and selectors were so swayed that wanted him in A Plus, it was only logical that Cheteshwar Pujara, who played out of his skin in Tests in Australia, England and South Africa too, deserved the same treatment. If he was kept out because he did not fit the bill for white ball cricket, the same logic of not being a regular for red ball cricket should have kept out Rohit.

In fact the logic to drop Bhuvaneshwar Kumar and Shikhar Dhawan from the A Plus bracket where they belonged last year, was that they did not automatically feature in all three formats of the game. Now why is the same logic not being applied while selecting others?

Rishabh Pant, who was out of the contract system last year, has been fast tracked to A category this time around. This is in appreciation of the strides he has made in international cricket and must be welcomed as a good step to encourage the youngster.

Surely, the same logic ought to have been applied to Shaw and Agarwal's case too. But the criteria issue was stuck at them. The fact that this has been selectively applied makes the whole exercise a subjective one, all the protests to the contrary notwithstanding.

BCCI, your slip is showing.