Pakistan captain Bismah Maroof wants to play bilateral matches against India, says politics should be kept away from sports

India was due to host Pakistan for the ICC ODI championship matches between July to October.

India should keep sports away from politics and play bilateral matches against Pakistan, said the country's women's team captain Bismah Maroof on Thursday.

Bismah expressed disappointment that Pakistan was not able to play India this year in the ICC women's ODI championship in India and also for having to play England in Malaysia. 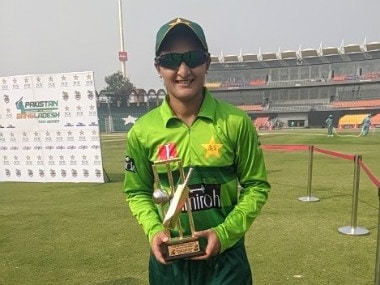 "India is a top side and we want to play them and I think they should keep sports away from politics," she said.

India have now twice not played Pakistan in the ICC ODI women's championship with the BCCI even refusing to play at a neutral venue like UAE.

India was due to host Pakistan for the ICC ODI championship matches between July to October.

Bismah, who captains in the ODI and T20 formats, said it is a disadvantage for her team as it is not able to play its home matches of the ICC championship at home.

"It is a disadvantage because we lose home advantage and if we can play at home regularly against visiting teams it will only help promote and raise standards of our women's cricket," she said.

The experienced batter said she would have liked to play a strong team like England at home instead of a neutral venue.

"But this is something that our board handles so we have prepared for the challenge in Malaysia. We have made good preparations and I think we can surprise the English team and gain points," she said.

Bismah said that she was happy that Pakistan was able to play a recent home series against Bangladesh.

"The more we play at home against international sides the more we will see girls coming forward into the game," she added.

Bismah also conceded that Pakistan would miss the services of veteran bowler Sana Mir in the three ODI matches of the ICC championship against England next month, while the three T20 games would help the team prepare for the World women's T20 event.

"Sana is an experienced performer and we will miss her but it is her personal decision to take a break from cricket so we have to just ensure the new girls come through well," she said.

Asked about the Pakistan Cricket Board (PCB) not awarding her top category in the central contracts, Bismah said it was a bit disappointing but the board had taken the decision and her job was to keep on playing cricket and give her best.