Haider said he and skipper Rohail Nazir performed well in the recent Asia Emerging Nations Cup, which Pakistan won in Bangladesh after beating India in the semifinals, and that has helped their confidence.

Karachi: Pakistan's U-19 team batsman Haider Ali says the win over India in Asia Emerging nations Cup has given him immense confidence as he gears up for the ICC U-19 Cricket World Cup scheduled later this month.

Haider said he and skipper Rohail Nazir performed well in the recent Asia Emerging Nations Cup, which Pakistan won in Bangladesh after beating India in the semifinals, and that has helped their confidence. 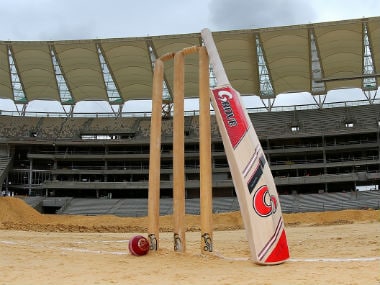 "Beating India and then having done well in first class matches we have gained a lot of confidence and we want to carry the burden of Pakistan's campaign in the junior World Cup," Ali said.

Ali said Pakistan won't be affected by the withdrawal of Test fast bowler Naseem Shah from the line-up.

Haider, who scored a brilliant 134 runs for Northern Punjab in the Quaid-e-Azam Trophy final against winners Central Punjab, said he and Rohail had matured enough and were keen to lead the team's push to win the World Cup in South Africa starting January 17.

"I and Rohail have matured a lot in the last few years specially after getting a chance to play first-class cricket and our experience in the Asia Emerging Nations Cup which Pakistan won," Haider said.

"And both of us believe we can spearhead and motivate the other players to perform well and try to win the World Cup," he added.

Wicketkeeper-batsman Rohail, who is also captain of the Pakistan junior team and got half centuries in both innings of the Quaid-e-Azam Trophy final, also made it clear that not having Naseem in the squad would not make a big difference.

"If he had been selected it would have been a great boost for us but mentally we have been preparing to play without him in the junior World Cup and the back-up pace bowlers we have are also good," he said.