Mumbai: Former India captain Dilip Vengsarkar on Thursday advised Mumbai youngsters Yashasvi Jaiswal and Divyansh Saxena, who have made it to India's U-19 World Cup squad, to deliver at the showpiece event and grab the opportunity that has come their way.

Vengsarkar, a veteran of 116 Tests, said, "It is a great opportunity for both of them, because they are excellent players, have come on merit, scored heavily in U-19 tournaments -- against South Africa, England or Australia and they have come to a stage in their career, where they have to raise the bar." 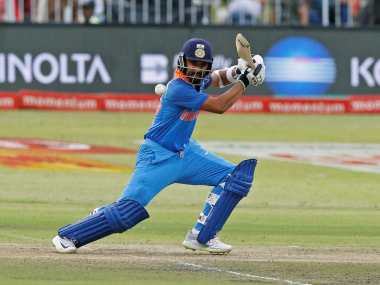 The former chairman of national selection committee stressed on performing in important events like the World Cup.

Recalling the words of a former North Zone player that Test cricket is the real test, Vengsarkar added, "So that is why I am saying this is a big opportunity for these guys and everyone will watch you, it is big event World Cup. India has done extremely well in last 4-5 World Cups, so this year also it is an important event and wish you success."

Rahane, on his part, told the youngsters to play in the same way they have been playing.

"My message is: don't take any pressure. Events like this inspires us and we want to do well for our country. The way you have been playing, play the same way and there is no need to change your game. Dilip Sir said you have to score runs in big events and that is the mindset, but if you will take one game at a time, you can achieve your goal," Rahane said in Marathi.

Ankolekar, who is a spinner, is the third player from Mumbai to make the India squad. The ICC U-19 World Cup will be held next January in South Africa.

Bangar heaped praise on Jaiswal, saying he has come a long way from the U-19 level by scoring for Mumbai.

"Yashasvi has progressed to a level higher than India U-19 because he has performed so well for Mumbai in ODIs and he got three 100s and one was a double hundred. Having performed at the first-class will help him when he goes out and plays for India as he is going to be the main player for India in the event," he said.

"Divyansh has also gone through various hardships, he is also prolific performer.