Hamilton: India captain Virat Kohli on Tuesday said the death of NBA legend Kobe Bryant in a helicopter crash has impacted his outlook towards life, which he feels, is sometimes taken for granted in pursuit of control over the future. 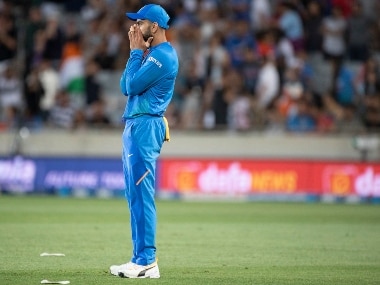 Bryant, a two-time Olympic gold-medallist and one of the most decorated basketball players of all time, died in a helicopter crash last month along with his 13-year-old daughter Gianna, who was also a budding hoopster.

"Firstly, it was a shock to everyone. I grew up watching those NBA games in the morning and watching what he did on court. But when someone that you have looked up to in some ways, passes away like that, it does put things in perspective," Kohli said on the eve of the first ODI against New Zealand.

"...at the end of the day, life can be so fickle. It's so unpredictable. I think a lot of the times we get too caught up in the pressures of what we have to do tomorrow...we really forget living life and enjoying life and just appreciating and being grateful for the life we have," he added.

Kohli said a tragedy like this makes one realise that nothing can be more important than enjoying every moment of existence.

"...it did put things in perspective for me massively. It just makes you feel like not wanting to have control of things in front of you all the time, and just embracing life and appreciating it."