Kapil Dev feels Jasprit Bumrah's bowling action is not technically sound and hence he is vulnerable to injuries while his compatriot Bhuvneshwar Kumar will last longer.

Dev, who retired in 1994, and is still India's leading Test wicket-taker (434) among pacers, believes that a bowler's action needs to be technically sound for greater impact. 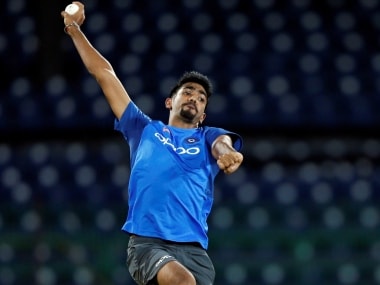 "...if your bowling action is technically sound you make a bigger impact. See what happened to Bumrah, his action attracts injuries. He uses his arm more than body, so that can be a problem. A bowler like Bhuvneshwar will last longer because he uses his body," the 1983 World Cup winning captain told Sportstar

Bumrah's exceptional rise in Test cricket has made many believe he is the lethal most bowler among India's power-packed pace attack, which includes Mohammed Shami, Umesh Yadav and Ishant Sharma.

There is little doubt among cricketing circles about Bumrah's ability as a world class fast bowler but there are concerns aplenty with regards to his bowling action.

After becoming the first Indian bowler to bag a five-wicket haul in South Africa, England, Australia and West Indies, Bumrah was primed for home debut in Tests against the Proteas in September.

However, the 25-year-old pacer had to pull out of the series as he suffered from a stress fracture in the lower back.

After his injury he had tweeted, “Injuries are part & parcel of the sport. Thank you for all your recovery wishes. My head is held high & I am aiming for a comeback that’s stronger than the setback.”

Bumrah's unusual action has been a subject of contention for some time now with even researchers making use of bio-mechanics to breakdown the Gujarat pacer's action.

Former fast bowler Ashish Nehra, someone whose career was marred with multiple injuries and surgeries, dismissed the theory that stress fracture has got anything to do with his action.

"Stress fracture is unrelated to action and we must get our concepts clear. He doesn't need to change his action and if he tries to do that, it won't be great. Let me assure you when he comes back, he can bowl with same action, intensity and pace," Nehra was quoted saying by PTI.

While left-arm fast bowler Zaheer Khan feels that Bumrah's awkward action has worked in the bowler's favour while bowling coach Bharat Arun said his 'unique action is what makes his special'.

Among other topics, Dev spoke a lot about fast bowling and its technicalities, when he was asked if he ever tried changing his action? Dev said that he did give it a go after watching New Zealand's Richard Hadlee also his contemporary but wasn't successful.

"I tried my best, but it was too late. Sometimes your frame is like that, it becomes difficult to change, but you can modify. I used to look up to (Richard) Hadlee, his arm and body were so good. I wanted to be like him but my head would tilt to the left before I concentrated on keeping my head straight. I had to decide on bowling with two eyes or bowling with a crooked eye. Obviously they are two different things. Two eyes give you a clear picture of the pitch and the batsman, but not with crooked eye. Here Hadlee was fantastic. His head was straight. But I could not imitate him. I had played five years of international cricket by then and it was too late," the former India captain explained.