London: Former England captain Michael Vaughan feels a shortened five-week Indian Premier League leading up to the ICC World T20 in October and November could be a feasible solution if the current situation, in the wake of COVID-19 pandemic, is brought under control by then. 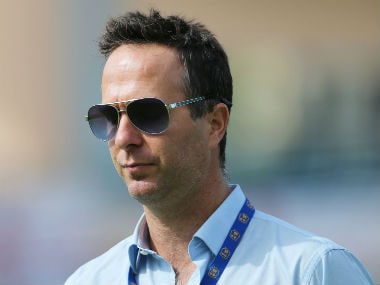 As of now, India has more than 2,000 positive cases for novel coronavirus with 50 deaths reported so far. India is currently under a 21-day lockdown with nearly 50,000 people having already lost their lives globally.

While IPL has been postponed till 15 April, there is very little chance of a shortened tournament in May as it might take months for normalcy to return.

"Here's a thought .. The IPL is played for the five weeks leading up to the T20 World Cup in Oz .. all players use it as the great warm up for the WC .. then the WC happens .. So important for the game that the IPL takes place but also the WC," Vaughan tweeted.

However if one goes by Vaughan's suggestion, it would mean that he is expecting IPL in the September window in the lead upto the World T20 which begins in Australia on 18 October.

In September, India are supposed to play Asia Cup in the UAE which is going to be hosted by the Pakistan Cricket Board. After the Asia Cup, England are supposed to come to India to play three ODIs and three T20Is.

"September is the time when there is monsoon in India. Mumbai will be under water, there could be steady rain in Chennai. It is a decision that can't be taken that lightly," a senior BCCI official told PTI on condition of anonymity.

There is a suggestion to do away with the ICC World T20 in October-November and hand that slot to the BCCI for conducting of IPL but sources in ICC as well as BCCI feels that it's too premature to comment at the moment.

"You don't know the situation tomorrow. Let there be a sign that the curve is flattening and normalcy can return. That's when you start discussing options," the BCCI source said.