The INR 14.60 crore kitty that three-time champions Chennai Super Kings enter the IPL 2020 Auction with could yet be put to some valuable use.

Change is the only constant — this has been the universal theme for almost all franchises to have been a regular part of the ever-ebbing-and-flowing caravan that is the Indian Premier League.

All, except one: Chennai Super Kings. This is one unit that, through the 12 years of the IPL, has been unaffected by the chaos around it, unhinged by the circus that is the auction, and untroubled by the potential propensity to change things around at the marketplace.

And if it ain’t broke, why fix it, right? The Super Kings remain the only side to maintain an unblemished track record when it comes to making the final stages of the season — 10 out of 10 knockout/playoff berths, eight appearances in the final, three titles. Chennai Super Kings have won the title thrice in 12 editions, and have finished runners-up a total of five times. Sportzpics

The run continued the last time around, and a solitary run was all that separated them from a record fourth title, a record that fell, instead, in the hands of Mumbai Indians, by the finest of margins.

In their latest coming, CSK have been termed the ‘Dad’s Army’, and it’s not without reason. Of the 11 players that featured in the IPL 2019 final, one was more than 40 years old, four were between 35 and 40, and a further four were between 30 and 35 — leaving Shardul Thakur and Deepak Chahar as the only sub-30 entrants in the playing XI.

They’re clearly not doing badly, as evidenced by the title in 2018 and the near-miss last season. But those well-travelled legs are only going to be a year older come IPL 2020. Do they still have it in them? Can they last? Could the ‘Dad’s Army’ deliver a final hoorah?

How they shape up: INR 14.60 crore available, five slots to fill (two overseas).

While they’re usually accustomed to sticking to their guns, CSK have opened up a sizeable-enough pool for the auction, nearly half of which comes through the release of Mohit Sharma (INR 5 crore) and David Willey (INR 2 crore).

Having earned a reunion with the side where he started his stint in the IPL (very successfully at that, with 57 wickets in 47 games from 2013 to 2015), Sharma eventually proved to be a costly resource as he was only given one outing in IPL 2019. With no domestic appearances ever since, the 31-year-old pacer was a logical ouster from the setup.

Willey, who was signed by CSK during their title-winning campaign in 2018 as an injury replacement for Kedar Jadhav, also offered little returns — making only three appearances before pulling out of the 2019 edition in a bid to bolster his chances of making the English World Cup squad (which he ultimately didn’t).

Billings could consider himself a tad unfortunate to not be retained, but after a smashing start to his stay in Chennai — a match-winning 23-ball 56 against Kolkata Knight Riders — he only returned 52 runs from 55 balls in seven subsequent innings in 2018, before getting only one game in 2019.

Given that the three above-mentioned names combined to play a total of two games in the previous edition, the Super Kings clearly haven’t lost out on much. But the INR 14.60 crore kitty they enter the auction with could yet be put to some valuable use.

Young and active legs, surely? This is no pot-shot based solely on the age of some of CSK’s stalwarts, but let’s also consider the quantity and quality of cricket they have been playing off late.

Suresh Raina and Harbhajan Singh haven’t played any known cricket since the IPL final in May. Ambati Rayudu has been on a Shahid Afridi-esque roller-coaster ever since.

Shane Watson’s only appearance on a cricket field since the IPL final on 12 May came at last month’s Abu Dhabi T10 League — although he did finish second on the run-scorers’ list, with 237 runs from nine innings at a healthy strike rate of 170.50.

Dwayne Bravo’s sightings on the pitch, too, have been limited to the T10 League and the Global T20 League in Canada before that — and while he’s been okay on the wickets front (14 in 12 games), his economy continues to rocket uncomfortably north.

Oh, and there’s the skipper: You do still remember the last time you saw him in action, right?

What that means, is that the Super Kings could do with some recently-in-action picks, across the board, to safeguard against any possible rust.

While they have enough spin reinforcements for Harbhajan (Mitchell Santner, Karn Sharma), and probably aren’t too worried about Raina, the imperative questions they have to be asking within their think-tank are these: Do they have another overseas option to slot in for Watson, if he fails to get going? No. Do they possess a viable all-rounder as back-up to Bravo, and all that he’s brought to the table over the years? Not quite.

Other gaps to fill

Explosiveness in the batting department

Sure, the sluggish Chepauk track was a factor that can’t be ignored, but Chennai’s successes over the years have had a lot to do with the presence of enforcers within their ranks — think Hayden, think Morkel, think Bravo, think Dhoni, think Raina.

That is one area where they do require bulking up, as evidenced by their failed chase of 150 in the final against Mumbai (or even the wholly disappointing total of 131/4 in the first qualifier against the same opponents).

The hallmark of the great CSK teams — be it successive title-winning ones in 2010 and 2011, or the ones that lost three finals in four years from 2012 to 2015, or even the champion side from 2018 — has been its enviable, almost unimaginable, depth in all departments. Each of the six XIs to reach IPL finals for Chennai between 2010 and 2018 had at least six bowling options in its ranks; all but one of those XIs had genuine batting options all the way up to number eight.

On paper, that more or less held true for the team that featured in Hyderabad in the 2019 summit clash too — but Bravo and Jadeja batting at number six and seven respectively didn’t do much for the length of the tail, and the former’s lack of bite at the death (so long his greatest strength) proved to an area of concern as well.

For CSK to be at their optimum balance from the past, they need the Bravo of the years gone by — or someone new who can fit the same bill.

On the radar: A possible CSK wish-list 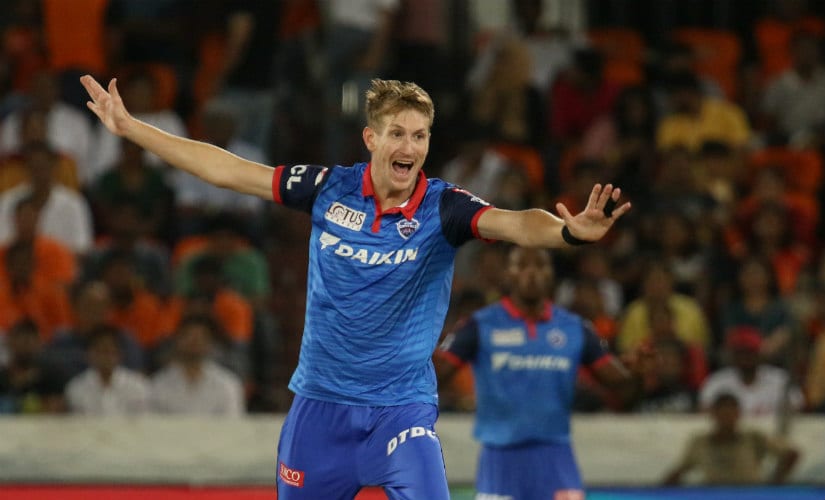 Chris Morris didn't have the best of run with bat or ball while plying his trade for the Delhi Capitals in the 2019 edition. Sportzpics

He may have endured a torrid run of form in the IPL over the last two seasons – torrid enough to make him the only player among the retained pool from 2018 to now find himself without a team — but CSK know a lot more about Morris than what we’ve seen in recent times. It was with the Super Kings, in 2013, that the late bloomer made his first arrival in the IPL, and loyalty tends to come high on the CSK shopping list.

Morris could only muster 32 runs from six innings for the Delhi Capitals in IPL 2019, while leaking 9.27 runs an over for his 13 wickets, but the Proteas fast-bowling all-rounder appears to be finding his strides again; Morris took 12 wickets at a respectable economy of 7.81 playing for Hampshire in the Vitality Blast during the English summer, and has been quite at home at the ongoing Mzansi Super League — 10 wickets from nine games at an economy of a 7.77, and a batting strike rate of 175.55 after six innings (numbers as of 7 December).

At present, Morris offers, potentially, a slightly improved version of what CSK have with Bravo. The issue for CSK, if they were to be interested, is that the 32-year-old could well attract a fierce bidding war, given how overseas fast-bowling all-rounders typically make for expensive buys at IPL auctions — and if that does happen, almost all teams in the market will have a lot more in their purse than CSK.

A more frugal and slightly left-field pick in the same category could be Kerala’s spin-bowling all-rounder Jalaj Saxena, who has quietly built himself up as a force in the domestic circuit. A right-arm off-spinner good enough to bat at number seven, Saxena might be turning 33 days before the auction — but he appears to be taking a leaf out of Morris’ late-blooming book.

In the recently-concluded Syed Mushtaq Ali Trophy, he picked up eight wickets while conceding only 6.16 runs per over for Kerala. Last month, he produced stirring returns of 7/41 in a Deodhar Trophy outing (including the wickets of Devdutt Padikkal and Ishan Kishan). In September, he made a telling contribution to India A’s unofficial Test win over the visiting South Africans, scoring an unbeaten 61 from number seven to build a sizeable lead for his team, before chipping in with two wickets in the second innings.

While he’s unlikely to be a ‘headline’ buy, Saxena will be a valuable addition to any bench in the IPL — and wouldn’t have been likely to be in the market at all if Delhi Capitals (his former employers) hadn’t signed Ravichandran Ashwin.

Ostensibly worth bracketing in the same league as Saxena, although he offers the opposite role — a batsman with bowling capabilities, as against Saxena’s bowler-who-can-bat combine. Aparajith is only 25, but he’s been around for a while.

He had earned his maiden first-class cap even before he went to star for the Indian under-19 World Cup-winning batch of 2012, and this year, he has worn the look of someone raring to come good on years of promise. Aparajith made the domestic one-day competition (Vijay Hazare Trophy) this season his own with a rousing all-round display: 598 runs (only 11 behind the top of the pile) at an average of 66, and 11 wickets at an average of 19 (and an economy of 4.39). He followed that up with a decent Syed Mushtaq Ali Trophy campaign, where he almost took Tamil Nadu to victory in the final against Karnataka with a 25-ball 40.

Aparajith has played apprentice in the CSK nets in 2013; he’s warmed the benches as a base price pick-up in 2014; could this be the year he makes the cut into the team proper? The Rayudus and the Jadhavs need some back-ups.

As established earlier, CSK could do well to rope an enforcer in to their top-order — where better to look than one of the stars of a World Cup-winning campaign from just months ago?

Roy has been at his rampant best in ODIs of late: An average of 70 and a strike rate shading 120 this year. In T20s, too, he holds a career strike rate above 145. Add to that his presence in the field, and he could make for a very viable entrant into the CSK XI.

The concerns? An ordinary year outside of the 50-over game, with a wretched initiation into Test cricket in the Ashes and a T20 average of 18 in 2019. Plus the possible worry of whether he will come good on the typically tough-to-get-on tracks at the Chepauk.

If they want to lose those concerns, another route presents itself by way of Glenn Maxwell. The Australian all-rounder had announced his decision to take a break from the game in October, but after making a successful return to club cricket in November, Maxwell has thrown his hat into the ring that is the auction — and expect it to be a big attraction at the auction.

His ability to turn an arm over and provide a few overs of off-spin only add to his potential value at CSK; as could be the case with Morris, will the Super Kings have enough in their coffers to prize Maxwell away in the (likely) event of a bidding war?