Madras High Court has issued notice to BCCI and Centre based on a PIL filed by IPS officer G Sampath Kumar to restrain the board from conducting Indian Premier League matches.

The Madras High Court has issued notices to the BCCI and the central government based on a Public Interest Litigation (PIL) filed by IPS officer G Sampath Kumar seeking to restrain the board from conducting the upcoming season of the Indian Premier League (IPL). 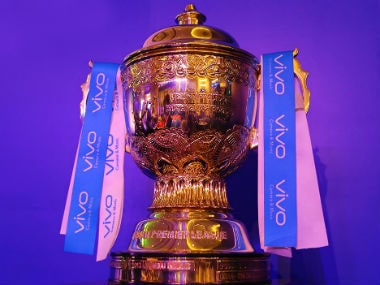 Kumar had alleged in his PIL that the board hadn't taken adequate measures to prevent match-fixing and betting from taking place, and said it could happen again over the upcoming season.

"Contrary to the Lodha Committee's report, vested interests still continue to be protected in the IPL and questions of conflict of interest remain unaddressed by the BCCI," Kumar was quoted as saying by the Times of India.

He alleged that the BCCI do not have a proper system in place to check match-fixing and added that the board doesn't have a database of players' earnings nor about bookies, fixers and kingpins of illegal betting.

Kumar said he was not seeking a ban on the IPL, but wanted a credible system in place before the season commences.

The IPS officer was involved in investigating the 2013 IPL spot-fixing and betting cases. He came to the limelight when he wrote in a signed statement that a bookie named Kitty claimed MS Dhoni and former Chennai Super Kings team principal Gurunath Meiyappan had taken part in a deal pertaining to illegal activity in the IPL. Dhoni's name reportedly figures in a sealed envelope submitted to the Supreme Court by the Mudgal Committee.

The officer was later suspended over allegedly taking bribes from bookies accused in the IPL betting scam, but after four years, he was reinstated again by the Tamil Nadu home department.