That's it from us at Firstpost in our coverage of Match 44 of the ongoing tournament, with Pune being decisive in the approach to record their fourth consecutive win, and climb to the second spot in the points table. We now move north, with Delhi Daredevils hosting Mumbai Indians in the second match of the double-header today. Click here to follow live updates of that match.

148 is the lowest total defended by Rising Pune Supergiant in IPL (prev. 157 against Royal Challengers Bangalore at Pune) and also the lowest any team has defended against Sunrisers Hyderabad (prev. 157 by Mumbai Indians at Wankhede in 2015) in IPL.

This is the first defeat for Sunrisers Hyderabad at home in this IPL.

Jaydev Unadkat is the Man of the Match for his figures of 5/30, which included a hat-trick in the final over of the SRH innings that fetched him a triple-wicket maiden.

The Supergiant from Pune now Rising is in the point table. #SRHvRPS

This is astonishing stuff. With all the pressure of defending 12 runs in 6 balls, Unadkat probably bowled the over of his life! 🙏 #SRHvRPS

A batsman at the end makes the difference. @msdhoni's runs were critical to #RPS. And @benstokes38 worth his weight in gold.

Good to see wickets becoming important at this IPL with scores of 150 becoming defendable.

It was going to take something special for RPS to give SRH their first loss at home. And a triple wicket maiden, with a hat trick, is definitely special. RPS' playoff hopes receive a huge boost as they move to the top of the table. What a final over from Unadkat, and the Pune strategy of wide cutters has given them four wins in a row. 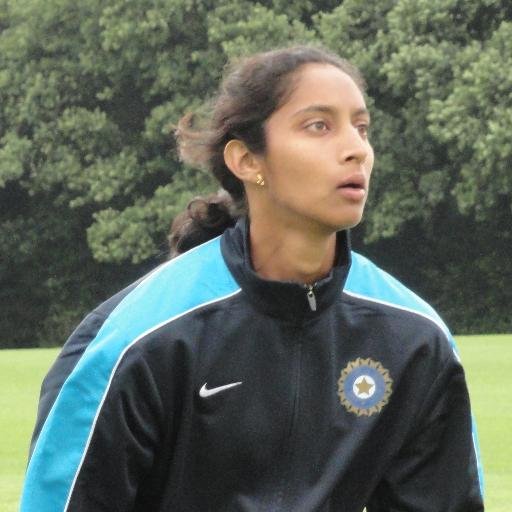 Jaydev Unadkat is the Man of the Match for his figures of 5/30, which included a hat-trick in the final over of the SRH innings that fetched him a triple-wicket maiden.

Unadkat to bowl the final over. Swing and a miss in the first ball, before Bipul holes out to Stokes — who just doesn't seem to keep himself out of Hyderabad's dismissals — at deep midwicket. Rashid departs in the very next ball, offering a simple return catch to the bowler, before Unadkat collects the third hat-trick of the tournament as Bhuvneshwar holes out to extra-cover for a golden duck! It turns out to be a triple-wicket maiden for Unadkat, as RPS breach Hyderabad's fortress.

Rising Pune Supergiant win by 12 runs, and they move to the 2nd position on the points table!

OUT! And that is hat-trick number three of the ongoing IPL, with Bhuvneshwar Kumar offering a simple catch to Tiwary at extra-cover to depart for a golden duck! And that is also Unadkat's fifth wicket of this innings. First-ever hat-trick for Unadkat in the league! SRH 136/9

OUT! Unadkat picks up his fourth wicket, and is also on a hat-trick! Rashid looked for a slog down the ground, but ends up offering the bowler a simple return catch after a bottom-edge. SRH 136/8

OUT! The game is pretty much in Pune's hands now, as Bipul holes out to Stokes at deep midwicket while looking for a big hit! SRH 136/7

OUT! That's wicket number two for Unadkat in his comeback over, and this time gets the wicket of keeper-batsman Ojha, who slices the full, wide delivery high up in the air, and gets caught by Stokes at deep extra-cover! SRH 127/6

OUT! Unadkat returns to the attack, and starts off by getting rid of Yuvraj in the first ball of his new spell!  The flamboyant lef-handed batsman tried cutting towards the off-side, and perhaps got a bit of bottom-edge there, holind out to the fielder at sweeper point. SRH 117/5

OUT! Tahir castles Henriques with the googly, and sets off for his trademark running celebrations! The Aussie all-rounder simply did not pick that one, and got a thick inside-edge while going for the cut. SRH 96/4

OUT! It's that man Stokes again, and this time he gets rid of Warner against the run-of-play, just when the SRH skipper was looking set for a half-century. Warner tried slashing this one towards the off-side and ended up offering a simple catch to Thakur at deep backward point. SRH 83/4

OUT! Now it is two wickets in three balls, and Stokes has turned the game around with the ball after playing his part with the bat earlier! Williamson gets an edge while looking to push the back-of-length delivery outside off, and Dhoni starts celebrating immediately after pouching it. RPS 29/2

OUT! Stokes strikes in his very first delivery of the innings, getting ball to stay low and angle into Dhawan's off-stump. The Indian left-handed opener is dismissed after getting off to a promising start. SRH 25/1

OUT! Dhoni doesn't quite stick till the very end, as he gets caught behind off Kaul's bowling in the third ball of the final over! RPS 147/7

OUT! A nightmarish over by Bhuvneshwar ends on a positive note for the hosts, with Manoj Tiwary getting run-out in the last ball while trying to return for a second run. RPS 142/6 after 19 overs.

OUT! And that's the second wicket of the over for Kaul, as Christian perishes while going for a needless heave down the ground! Good catch by Rashid! Christian perishes right after getting off the mark wit a boundary in his first delivery. RPS 105/5

OUT! Now it is Smith's turn to head back to the dug-out/pavilion, this time steering a full, wide delivery straight to Bipul at short third man! That's the second set batsman that Hyderabad manage to dismiss in a matter of a couple of overs! And the umpire signals for the timeout after the dismissal. RPS 101/4

OUT! Right after a missed stumping chance in the previous delivery, Rashid makes a comeback in the very next delivery by knocking Stokes' leg-stump over! Stokes looked to slog this one towards the leg side, but the ball straightened after pitching along the leg-stump, and beat Stokes' inside-edge. RPS 99/3

OUT! And Bipul plays his part in another dismissal, this time with the ball, as Rahane tries sweeping tossed-up length delivery, and doesn't get enough bat on it to get caught by Yuvraj at deep backward square-leg. Bipul thus makes up for the dropped chance of Smith. RPS 39/2

OUT! What a direct hit by Bipul from short fine-leg, with Tripathi well outside his crease as the stump gets knocked over! RPS 6/1

The team remains unchanged after their four wicket win over Kolkata Knight Riders (KKR) in their last outing.

Two changes in the home team — Ashish Nehra and Bipul Sharma come in place of Mohammed Siraj and Deepak Hooda.

Preview: Back to their favourite hunting ground after their fourth away loss in the Indian Premier League (IPL), Sunrisers Hyderabad (SRH) will aim to bounce back when they take on a resurgent Rising Pune Supergiant (RPS) at home on Saturday. The hosts, on the other hand, will bank on their home record of winning all the five matches so far, to set their house in order as the tournament progresses to its business end.

Hyderabad failed to defend their massive total of 185/3 against a young Delhi Daredevils side, who rode on a collected batting effort to hand the visitors a six-wicket loss at the Ferozeshah Kotla on Tuesday.