India's Test series win Down Under came due to absence of Steven Smith and David Warner, feels Waqar Younis

The legendary fast bowler, who is also the bowling coach of Pakistan team was speaking in the context of his country not being able to win even one Test match since 1995

Karachi: Former Pakistan captain Waqar Younis feels that India's Test series victory in Australia back in 2018 could be largely attributed to the absence of Steve Smith and David Warner from a team that was already reeling due to the after-effects of ball-tampering controversy.

The legendary fast bowler, who is also the bowling coach of Pakistan team was speaking in the context of his country not being able to win even one Test match since 1995. 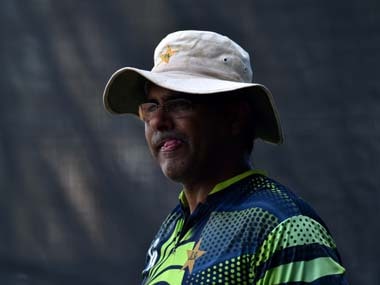 "I am not trying to take away any credit from India, they played well and they are a very good side. But yes at the same time when they won in Australia, there is no doubt that Australian cricket was going through a turmoil and there were problems in their dressing room. And they were without Steve Smith and David Warner," Waqar said during a video conference.

Waqar himself is not sure as to what has been the reason behind Pakistan's failure Down Under.

"I really don't know why we have not won Tests their all these years. At times, we went there with top bowling attacks yet lost. To me it was a case of when the bowling worked the batting didn't put up enough runs or when the batters put up enough runs the bowlers didn't come through," Waqar said.

For example, the tour of 1999, when the bowling attack had Waqar himself, the iconic Wasim Akram, fiery Shoaib Akhtar, along with all-rounder Abdul Razzaq and wily Saqlain Mushtaq but yet they lost 0-3.

But at the same time he pointed out that in Tests, India had also generally struggled in Australia until 2018.

"You have to keep in mind that Australia is never an easy place to tour for any side. Look at the recent tour by New Zealand they are a top side and they lost badly. England have lost Ashes in Australia in a one-sided series."

To a question, Waqar conceded that if due to the COVID-19 pandemic, lockdowns continued and Pakistan couldn't tour England in June-July, it would be a big loss to Pakistan cricket.

"Misbah-ul-Haq, myself and our support staff we have all been planning for the England team we are not even thinking about the World T20 later in the year. Traditionally, we have always done well in England and that is why the tour is important for us in the way of building our test team."

Waqar also made it clear he had no ego problems working under Misbah who is head coach and chief selector and didn't agree with the assumption that big players could not be big coaches because of big egos.

"No, I don't think that is right because there are examples of big players becoming successful coaches, for example, Justin Langer, Gary Kirsten, Andy Flower etc."

He said he had learnt from his past experiences and had no ego issues with anyone.

"I am experienced and mature enough to know where my boundaries lie in the team and what is my job so they are no problems."